The stock market’s recent volatility, along with U.S. gross domestic product’s surprising decline at a 1.4% pace in the first quarter, and rampant inflation has many experts believing a recession is around the corner. 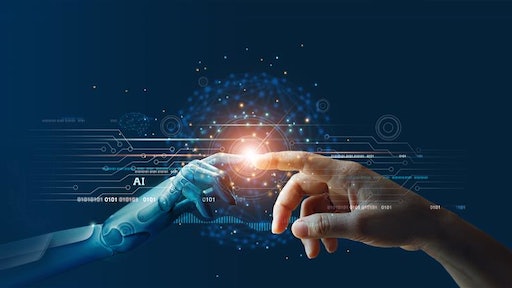 The stock market’s recent volatility, along with U.S. gross domestic product’s surprising decline at a 1.4% pace in the first quarter, and rampant inflation has many experts believing a recession is around the corner. We are seeing large tech companies like Amazon, Meta and Twitter institute hiring freezes to cut costs. Additionally, the Federal Reserve agreed to a .75 percentage-point rate increase, the largest since 1994, putting additional strain on the economy.

With tens of thousands of employees, enterprises have a hard time quickly adjusting the current business macro-environment. The solution? Enterprises can incorporate artificial intelligence (AI) based autonomous negotiation technology into their tech stack. This new technology allows enterprises to leverage AI and negotiation science to reach optimal, mutually beneficial deals with their suppliers every time.

Enterprise flexibility must be prioritized above all

Enterprises who are quick to accommodate macroeconomic shifts in their business will outperform their competitors. In the past, enterprises adapted to global changes by retraining their negotiations teams based on new external information, but this is slow and costly. The world’s economy will change again before they can apply that knowledge to new negotiations.

Any looming recession will impact both enterprises and their suppliers. Here are five ways autonomous negotiation technology creates positive outcomes for both sides.

Conversational AI has evolved to combine the elements of cognitive science with mathematical optimization supported by internal and external data sources, data about demand, profitability and commodity price indices to reach mutually beneficial deals for enterprises and their suppliers.

All business deals today involve a large volume of data and associated complexity. People have a hard time sifting through massive amounts of data to find information relevant to the deal, such as comparing competitive prices or benchmarking commodity indices. Machines are built for that.

E- auctions are a recent AI innovation utilized in procurement. Any kind of auction is a zero-sum game and just distributes value to one side or the other instead of creating new value. Autonomous negotiations are something fundamentally new and different.  Negotiation technology allows enterprises to bring new tradable terms to the equation, including payment terms, costs, service levels, contract length and more to expand the pie for both sides.

For example, supply security has become a new priority in negotiations along with price. Suppliers may prefer the security of a long-term agreement and thus might be willing to delay price increases. The enterprise gets the security of knowing their supplier will meet their obligations despite supply chain disruptions and the supplier is happy knowing they will have recurring revenue into the start of the recession. The task of negotiation automation is to find optimal combinations of deal terms between two parties. Now that AI technology is improving, combining dozens of contract terms to reach an optimal agreement is now possible and can create new value to bolster the enterprise against recessionary pressures.

There are very few technologies that can create new capital in such a short time. Autonomous negotiations are the future because they offer unrivaled flexibility for large enterprises looking to quickly manage the coming recession.

Join a webinar on October 13th, where an expert from Esker will lay out proactive strategies for addressing the supply chain challenges you can control and how it all ties into your company’s future.
September 4, 2022
Latest

Join a webinar on October 13th, where an expert from Esker will lay out proactive strategies for addressing the supply chain challenges you can control and how it all ties into your company’s future.
September 4, 2022
Follow Us