GRA and Intermec Fill a Niche in Military Inventory Tracking 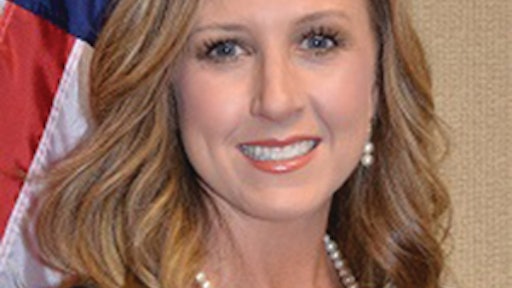 Gleason Research Associates, Inc. (GRA) has been in business for approximately 31 years, kicking off in 1982, and has cultivated significant experience in Army property management and software development along the way. Initially, GRA developed and built its Auto-Scan Tracking System (ASTS) to fulfill a need that was overlooked in the Army’s Defense Property Accountability System (DPAS) for inventory tracking in 1996. While the Army eventually upgraded DPAS to the Property Book Unit Supply Enhanced (PBUSE) system now used as the official method to account for property, ASTS still acts as an intuitive end-user interface to supplement that system.

According to Sharlene Hicks, vice president of business systems and services at GRA, “The Army’s system was built to provide full functionality at the Supply Sargent level of operation, and for that purpose, it is a well-written and well-planned system. One of the issues we noticed was that, while PBUSE provided the platform to account for government inventory, there was still a strong need for a useful tool to actually track the equipment. This is when GRA saw the opportunity to create a system that would eventually serve as a valuable complement to PBUSE.”

The Army is structured so that a Property Book Office can issue hand receipts, which act as an account, to track the equipment that the organization has assigned to each individual. Those hand receipts can also be broken down into sub-hand receipts. To increase PBUSE usability out in the field, ASTS—a web-based SQL database, simplistically speaking—traces the hand-receipt and government-form transactions that the military requires for tracking property out in the field. These transactions can include corrections, additions, lateral transfers and more.

In 1997, GRA decided to upgrade the ASTS database with a barcode scanner to further facilitate property tracking in the field, but the initiative was not as successful as anticipated due to hardware failures from the third-party product. While ASTS underwent many upgrades and iterations over the years, it wasn’t until about five years ago that GRA discovered its ideal hardware match.

When GRA discovered Intermec’s CN3 and CN70 mobile computers, the company pounced on integrating them with its inventory tracking database to add barcode-scanning capabilities. GRA developed a software program to set up on the CN3 and CN70 mobile computers to interface with ASTS. That software program automates the actual inventory of items out in the field, as well as the addition of items, flagging items for disposal, reprinting barcodes and more, as opposed to manually taking inventory with a paper and pencil, hurrying back to an office with a desktop PC and relaying the information—all with the expectation that errors are not tolerated.

To further complicate matters, military personnel work in extreme environments, which can include temperature, wind and moisture constraints that could affect the mobile computer’s ability to scan, yet Intermec’s CN3 and CN70 proved their mettle even in theater. Hicks concurs, “Intermec has a very sound technical product and our customers are very happy.”

The time required to conduct full-blown inventories went from between six months and a year down to merely days using Intermec mobile computers and GRA’s ASTS. Because GRA already developed the software and had experience with previous barcode-scanning devices, implementation basically consisted of testing the mobile computers and deploying them, which approximately took a month. Luckily, most of the company’s customers were very open to training and learning how to automate inventory tracking because it saves so much time. That being said, GRA provides training on how to:

According to Hicks, “Our story is probably not unique in that, in the beginning, it was a lot of trial and error. GRA really wanted to integrate a mobile computer into our software package, but the first few we tried performed nowhere near the level of what Intermec offers.  When we ran across Intermec, though, we noticed that it supplied the Department of Defense in a lot of other areas and what they were doing with mobile computers. We were confident then that we were with an A+ vendor.”

What Pencil and Paper Are Up Against

“When I began my career, I was an inventory clerk on Redstone Arsenal. I noticed the apparent difficulty in doing an inventory manually. Writing down number after number left a lot of room for human error,” Hicks notes. “With the automation of the database and mobile computing systems, you not only speed up the process, but eliminate the likelihood for errors as well.”

The Army conducts a Financial Liability Investigation of Property Loss if a piece of equipment disappears or goes missing, and if the item is not reconciled or found, the hand-receipt holder who was assigned to it would have to reimburse the organization for that equipment. There is also a specific equipment disposal process: If a serial number on an item does not match the serial number in PBUSE, the Defense Reutilization Management Office does not accept that piece of equipment for disposal. In addition, the military takes inventory when it’s time for a person to retire and when a new hand-receipt holder comes in, and all of that data is based on the equipment’s identifying information being correct in PBUSE.

“When you’re in the field with our inventory program, you can scan the barcode of an item to bring up all of the identifying information for that piece of equipment. So, you have a barcode, serial number, model number, nomenclature and year of manufacture,” says Hicks. “You can check those items in real time, make corrections and even verify the data with PBUSE—all from the field.”

Peter Rouse, a channel sales executive of federal sales at Intermec Technologies, adds, “The other issue is that assets tend to move around a lot, so if it essentially takes you six months to do an inventory, all you really know is where that inventory was six months ago, whereas with this system, you are able to look at a device, scan it and essentially know if you’re moving from one location to another. You’re able to scan all those items, load that information and have immediate access to the changed location.”

ASTS, in conjunction with the Intermec mobile computers, ensures that information is accurate, so personnel aren’t subjected to reprimand, having to pay for equipment, so missions can be completed more rapidly.

Clearly, the GRA and Intermec solution saves both time and money. In fact, customers have discovered the benefits of deploying such a robust inventory tracking system within their organizations. “When Hurricane Katrina hit the Gulf of Mexico, a DoD tasker was sent to subordinate commands, requesting ‘life-saving’ equipment (portable generators, water purifying equipment, waste pumps, etc.). Our government customers were able to identify all of their emergency equipment within minutes, as opposed to days, as they would have had to query the command by email,” says Hicks.

GRA is not just in the habit of tracking equipment, either. Within the past two years, GRA has developed two other programs, used to serve their own purpose within the DoD. Its Readiness and ManPower Planning (RaMPP) program is used to track an organization’s employees. RaMPP has the ability to log and provide training certifications; medical information; boot, vest and pant sizes; as well as personal contact information. This program also aids in natural disaster situations, with its ability to track employees in, out and between each location, affording an organization the chance to track down and account for its valued personnel after an event occurs, such as the tornado outbreak in northern Alabama in 2011. RaMPP is currently being used in theater by the Navy, but GRA hopes to bring it stateside within the next year to allow other military branches and organizations to experience its benefits.

Although it took GRA some time in finding its ideal hardware match for its software, GRA, Intermec and the U.S. Army have all benefited from the union.

This move will help monitor the vaccine cold chain across multiple modes of transport.
Roambee
May 4, 2021

NextShift will operate as JASCI Robotics, focused on innovating warehousing and logistics.
JASCI Software
May 4, 2021

atma.io is applicable for global brands and retailers as well as real-time temperature monitoring of the COVID-19 vaccine vials.
Avery Dennison
May 4, 2021

Bringg Report: More Than Half of Logistics Providers will Focus on Automation in Coming Year

41% say their biggest challenge to scaling last-mile operations is outdated business processes and manual operations, followed by legacy technology (36%), according to a report released by Bringg.
Bringg
May 4, 2021
Follow Us