The most distracted drivers are 72% more likely to be involved in a near collision than other drivers. 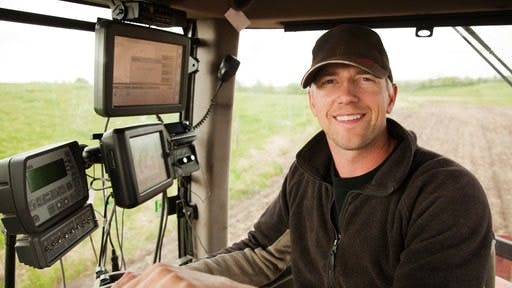 Analysis of in-cab video and observation data gathered over 29 billion driving miles show that distracted drivers are more likely than other drivers to have a near collision, fail to stop at an intersection and exceed the speed limit, according to the Omnitracs study. For fleets, this increases the risk of collisions and the costs associated when one occurs. The data also confirms the widely held assumption that mobile devices are the predominant cause of distracted driving.

“Preliminary National Safety Council (NSC) data indicates that 42,060 people died in motor vehicles crashes in 2020,” says Jason Palmer, general manager, transportation intelligence, Omnitracs. “That’s an 8% rise from 2019, and 2020 was a year where people drove significantly less frequently because of the pandemic. In addition, the rate of death on the roads spiked 24% over the previous 24-month period, despite miles driven dropping 13%. Unfortunately, distracted driving is still an epidemic.”

Lighting the Way to a Secure, Productive Warehouse

LED lighting can help create the secure and productive workspaces employees demand, while laying the foundation for the warehouse of the future.
Signify
December 9, 2021

From signs at every aisle and labels on each pallet and rack, there are endless ways in a warehouse to make a mistake or create a bottleneck. That’s why it’s important for operators to capture efficiencies whenever they can.
Peak Technologies, Inc.
November 26, 2021

Advanced workforce mobility comes to life when mobile device policies are dynamically enforced based on the context of each user. This is the new model for the modern workforce.
TRUCE Software
September 16, 2021

Marina, Brielle and Mackenna underscore the importance of getting a jump on your holiday shopping now, and detail how and why the supply chain is already being impacted.
Brielle Jaekel
Marina Mayer
Mackenna Moralez
August 11, 2021

As stores begin to open back up across the country, retailers are asking for kindness from customers to help shorten the gab in the labor shortage and prevent supply chain disruptions.
Mackenna Moralez
July 16, 2021

How a Strong Partnership with Safety Protects Your Workforce, Reputation and Bottom Line

It takes just five steps to create a solid safety culture and manage safety risk associated with vendors.
Veriforce
May 22, 2019
Follow Us