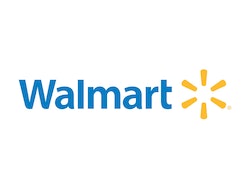 Walmart Inc.'s "Cost Change Scenario" application has been updated to allow suppliers to enter information about cost changes that can be directly attributed to higher U.S. tariffs on China, according to Bloomberg.

The tool, introduced last year, is considered a quicker process overall than the previous method, where vendors needed to manually fill out Excel-based forms. The process also vendors to enter tariff impact for the first time, as levies on Chinese goods rose from 10 percent to 25 percent on May 10. Those goods include furniture, handbags, clothing, shoes and electronics.

President Donald Trump has also threatened to place duties on all good imported from China. Walmart has pledged to maintain its low prices, and Bloomberg reported that it isn't clear how often tariffs are being cited as a reason for cost increases.