About 5,000 Bangladeshi garment workers have been laid off for joining strikes regarding low wages. 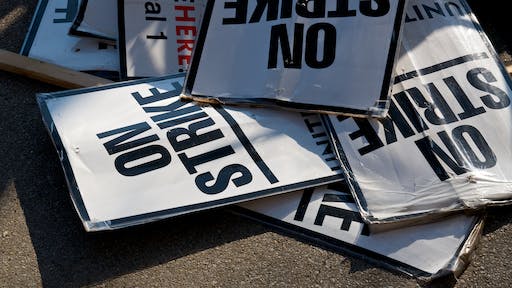 About 5,000 Bangladeshi garment workers have been laid off for joining strikes regarding low wages. According to Yahoo News, the strikes turned violent this month. Police reportedly fired rubber bullets and tear gas at the demonstrators. One protester was killed.

Thousands of laborers walked out of factories to participate in the protests, disrupting the industry.

Factory workers who were accused of looting and vandalism during the protests have been fired, but unions have allegedly accused the industry of intimidation and crackdown, Yahoo News reports. At least 1,200 garment workers from a single factor were dismissed.

Unions in Bangladesh suggest that the real number fire is close to 7,000, opposed to the 4,899 that has been reported.

Bangladesh is home to roughly 4,500 clothing factories and employee 4.1 million workers. Employees were reportedly $95 a month to work at the factories and are now afraid to go back to work in fear of being arrested for participating in the protests.

Yahoo News reports that the strikes only ended when the government agreed to a paltry pay rise - as little as a few cents a month for some workers.

"The fact remains that, even after recent amendments, workers in Bangladesh still earn poverty wages," says Ben Vanpeperstraete, from the Amsterdam-based activist movement Clean Clothes Campaign. "The government of Bangladesh is undertaking to intimidate workers and squelch any attempt of workers to organize."