The newest round of tariffs will hit consumers hard as items include everyday products. 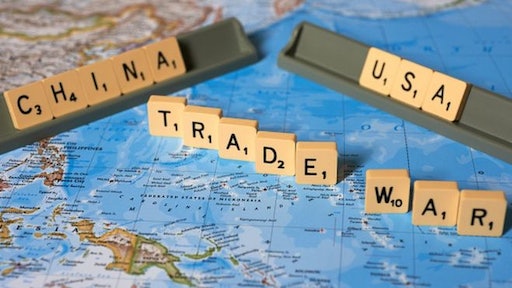 The Trump administration is imposing new tariffs of 10 percent on $200 billion in Chinese goods starting Sept. 24 and will expand the duty to 25 percent on Jan. 1.

Just hours later, China announced that it will place additional tariffs on $60 billion worth of American goods in retaliation. The tit-for-tat tariffs will go into effect on Sept. 24.

CBS reports that the tariffs include all but 300 items that were originally proposed before it held hearings seeking public comments. The list left off some Apple products like smart watches and ear pods, and other products like bicycle helmets and child safety seats were also saved.

Companies and organizations have sent letters objecting the tariffs to the U.S. Trade Representative office, arguing that consumers would have to pay higher prices for a variety of objects like shampoo, dog leashes, cribs, hair ties and smart appliances, CBS reports.

In a letter from the National Retail Federation, David French writes, "These are products purchased by nearly every American household. Many are staples and account for relatively large shares of total household spending of lower-income households."

Meanwhile, Goody Products, maker of hair ties, said in a letter that it would not be a feasible option to move production from China. According to CBS, tariffs could result in a 40 percent price hike of the product that usually ranges from $1 to $10.