Container Shipping Market Has Bottomed Out 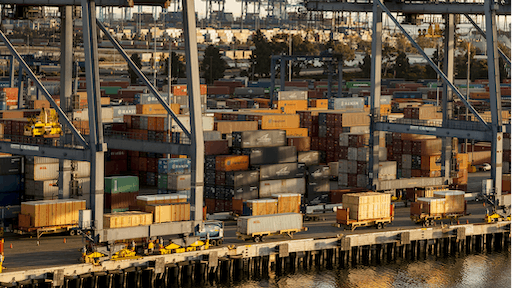 Hanjin’s receivership represents the trough of the container shipping market and, despite continuing concerns of weak trade growth and fleet oversupply, a gradual market recovery is now expected, according to the latest annual “Container Forecaster and Review 2016/17” report published by global shipping consultancy Drewry.

Worse than expected second-quarter financial results will be followed by a better second half-year. But Drewry still expects container carriers to record a collective operating loss of $5 billion this year. The company forecasts industry profitability to recover next year, thanks to improving freight rates and slightly higher cargo volumes, and so record a modest operating profit of $2.5 billion in 2017.

However, this anticipated recovery needs to be put into perspective. While average freight rates are expected to improve next year, this will follow several years of negative returns and will still leave pricing well below the average for 2015. A key unknown remains carrier commercial behavior, which has proven unpredictable and counterintuitive. Hanjin’s demise may mark a watershed in this regard, but liner complacency on the risks of insolvency may challenge this notion.

Fuel prices are also on the increase and carriers are extremely wary of costs. This may support higher freight rates via the bunker surcharge mechanism, but it also increases operational costs.

The fact that the orderbook is at a virtual standstill is a major positive as is rapidly increased scrapping. But even so, the next two years will still be very challenging on the supply side with an annual fleet growth of between 5 and 6 percent, and many more ultra large container vessels (ULCVs) to be delivered.

In reaction, the industry is rapidly consolidating by necessity rather than by design. Those carriers who can weather this prolonged storm have a chance of emerging the strongest in 2019/20.

Drewry has highlighted for some time that carriers have not focused on revenue and, with increasing debt, this is a genuine issue for the industry in view of Hanjin’s failure. Drewry estimates that revenue for 2016 may reach $143 billion, but this compares to $218 billion back in 2012.

Neil Dekker, Drewry’s director of container research, commented: “Hanjin’s failure is the culmination of several years of poor commercial decisions and mismanagement, not just by Hanjin, but the industry as a whole. But it did not necessarily signal a major tipping point for the industry. It was more a sideshow as freight rates had crucially already turned a corner at the midyear point. More consolidation is likely, but is not necessarily the route to the promise land. Senior company executives talk about synergy savings of hundreds of millions of dollars, but this means nothing when it is all too easily given away in weak contract negotiations and the desire to maintain precious market share. The answer lies with fully addressing the revenue side of the equation and, thankfully, there are signs that the spot market is being addressed to some degree. The acid test for 2017 will be how the lines approach beneficial cargo owner contract negotiations.”