More than 100 Hanjin ships and cargo are threatening to snarl U.S. freight traffic as the year-end shopping season approaches. 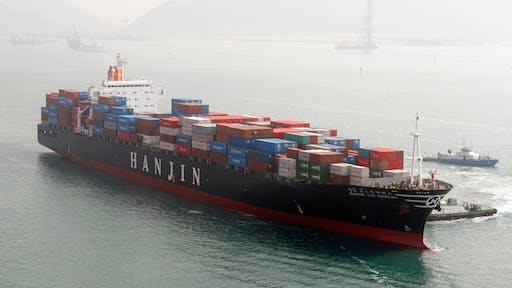 A lawyer for Hanjin Shipping Co. Ltd. , the failed South Korean container carrier, said a U.S.-bound vessel was held "hostage" by disputes over payments, adding to the struggles in getting $14 billion of cargo off its ships stranded at sea.

"There is no clear visibility yet on what will happen with this business," Hanjin lawyer Ilana Volkov said at a hearing, when asked by U.S. Bankruptcy Judge John Sherwood whether Hanjin was liquidating.

Hanjin, the world's seventh largest container line, filed for bankruptcy last month, leaving more than 100 ships and their cargo at sea and threatening to snarl U.S. freight traffic as the year-end shopping season approaches. Some ships chartered to Hanjin have been sold and more are up for sale.

Register
Discover the ways to implement supply chain risk management, how to get started, what to do next and more.
riskmethods Inc.

SCN Summit | Data Collection: How to Read It and How to Act on It

Register
Industry experts provide a rundown of the different solutions available and why ERP, track-and-trace and other supply chain management software is crucial to the success of your business.

Numerous states in recent years legalized marijuana and cannabis sales have sky rocketed. But as this changes the industry and COVID-19 continues to upend supply chains, what is the state of cannabis supply chains now?
Brielle Jaekel
September 9, 2021
Follow Us