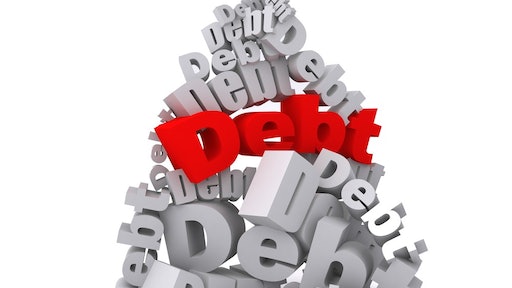 The largest public companies in the U.S. chose to go even further into debt in 2015 instead of driving cash out of their businesses by improving how they collect from customers, pay suppliers and manage inventory, according to the new annual working capital survey from REL, a division of The Hackett Group Inc. Overall working capital performance continued to degrade, reaching the poorest performance levels since the 2008 financial crisis.

A significant factor in this year’s overall results was low oil prices, which caused oil and gas companies to increase reserves, dramatically worsening both their inventory and overall working capital performance, and dragging down the performance of the entire survey group.

The survey looked at the performance of 1,000 of the largest public companies in the U.S. during 2015. It saw corporate debt rising significantly for the seventh consecutive year, as a result of low interest rates. Debt was up 9.3 percent this year, or $413 billion. Since 2009, the total debt position of the companies in the survey increased by over 58 percent.

Working capital performance—which includes collections, payables and inventory—worsened somewhat, with a deterioration of 2.4 days or 7 percent in cash conversion cycle (CCC), or the ability of companies to turn spending on overhead, raw materials and labor into cash. It is now at 35.6 days, the worst since before the 2008 financial crisis. CCC is a key measure of working capital performance, which factors in how efficient companies are at inventory, receivables and payables.

A significant factor in the overall working capital performance of the largest U.S. companies was low oil prices, which drove oil and gas companies to increase reserves. This caused a dramatic worsening of inventory performance among these companies, which make up nearly 10 percent of the overall survey group by revenue. As a result, the oil and gas industry saw its CCC worsen by nearly 170 percent in 2015, shifting from four to eleven days.

“Once again, low interest rates gave companies a perfect excuse to ignore the hard work of optimizing receivables, payables and inventory, leaving over $1 trillion unnecessarily tied up in operations. Instead of doing the hard work of transformation, most simply leveraged their future with more loans,” said Hackett Group Senior Director Craig Bailey.

“At the same time, weak oil prices impacted inventory performance at oil and gas companies. The West Coast port strike, which ended in early 2015, was probably also a contributing factor to this year’s results, as it caused goods to pile up in warehouses. Companies took much of last year burning off those inventories,” said Bailey.

According to Hackett Group Director Ben Michael, “Eventually, interest rates will rise again and there are signs this may happen soon. Then many companies may find themselves in dire straits, after seven years of growing debt and worsening working capital performance. Smart companies are getting out ahead of the curve now and starting to make the changes they need to squeeze unnecessary cash out of these key areas.”

Few companies were able to sustain working capital improvements, the survey found. Only 2 percent of the companies in the study improved CCC for five years running. Only four improved CCC every year during the past seven years (Goodyear, Priceline, Kimberly-Clark and AmerisourceBergen).