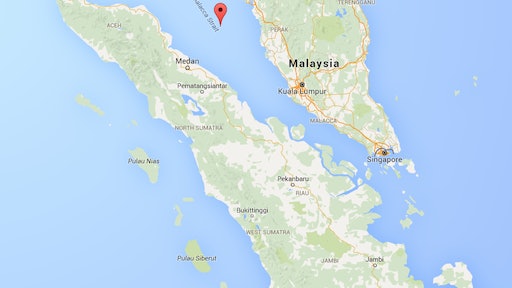 Nearly 20 Indonesian and Malaysian tugboat crews have been kidnapped by the Abu Sayyaf militants this year.

Indonesia, Malaysia and the Philippines agreed to designate a transit corridor for commercial vessels crossing a maritime zone hit by a spate of hijackings by Islamist militants in the southern Philippines.

Nearly 20 Indonesian and Malaysian tugboat crew have been kidnapped by the Abu Sayyaf militants this year, with Jakarta airing fears that the problem could reach levels seen off the coast of Somalia.

Alarmed at the frequency of attacks, port authorities in some areas of Indonesia, particularly Kalimantan on the island of Borneo, have stopped issuing permits to ships taking coal to the southern Philippines.

"The ministers have agreed in principle to explore the following measures, including a transit corridor within the maritime areas of common concern, which will serve as designated sea lanes for mariners," the defense ministers of the three nations said in a joint statement after a meeting in Manila.