The head of the Malaysian Maritime Enforcement Agency did not outline what happened to the ship's oil cargo. 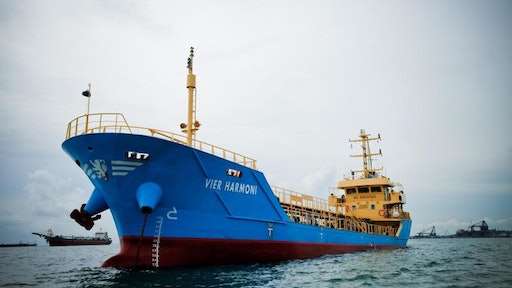 The MT Vier Harmoni, carrying 900,000 liters of diesel, is being searched in Batam Island, Indonesia.

A Malaysian oil tanker has not been hijacked as earlier reported, but taken to Indonesia by its own crew, officials in both countries say.

The MT Vier Harmoni, carrying 900,000 liters of diesel, is being searched in Batam Island, Indonesia.

Indonesian Navy spokesman Edi Sucipto said the confusion was due to an "internal management problem." Malaysia also said it was an "internal dispute."

The head of the Malaysian Maritime Enforcement Agency said the dispute between the operator and the crew had been resolved, but he did not outline what had happened to the ship's oil cargo or whether it would sail back to Malaysia.