The introduction of trade tariffs on steel and aluminium imports by the United States government has caused unrest in global trade. 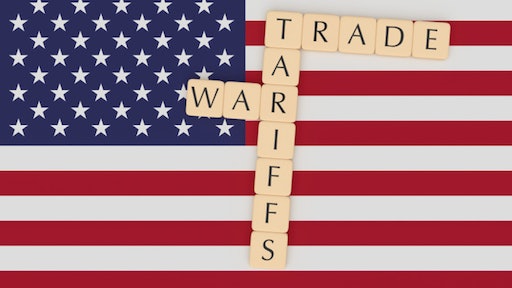 The introduction of trade tariffs on steel and aluminium imports by the United States government has caused unrest in global trade. The world’s three biggest economies – US, EU and China – have been at the epicentre of this rift. Extended exemptions were lifted on June 1 on other trade allies – Canada, the EU, Mexico and South Korea –bringing them under the scope of import duties on steel and aluminium.

Trade tensions between the US and China had only just simmered down after months of negotiations and threats from both sides. Now, the threats of a global trade war have resurfaced – with Canada, the EU and Mexico all in retaliatory mode. The EU has proposed imposing 25 percent tariffs on US motorcycles, denim, cigarettes, cranberry juice and peanut butter, among other products. It has told the World Trade Organization that it plans to impose countermeasures affecting goods worth almost $3.5 billion, and if approved by the 28 member states the sanctions could come into effect shortly after. Canada, the largest steel and aluminium supplier to the US, has proposed tariffs which amount to $12.8 billion on US imports including whiskey, orange juice, steel and aluminium. Mexico has also said it will impose tariffs on US farm and industrial products.

Regardless of whether it escalates into a full-scale global trade war or not, these trade tariffs will affect many industries. In this article, we analyse the impacts and suggest mitigation strategies for companies to reduce it.

The impact on industrials

1. The threat to supply chain

Trade tariffs would further increase supply chain complexity and costs. Buyers will seek alternate steel and aluminium suppliers locally to avoid import tariffs, but will face the challenge of finding them at competitive costs. Procuring from outside the US would also result in an increased cost due to the newly imposed tariffs. With the US importing about 32.6 percent of steel last year and more than 90 percent of primary aluminium in 2016, buyers are certainly looking at cost escalations.

Companies also need to rationalize other costs, such as inventory holding, without impacting production and delivery schedules. While assessing suppliers from non-exempted countries, emphasis should be on the long-term

supply chain risks. It is advisable to include the impact on manufacturing and operations in case of shortage of supply, as this adds to an organisation’s operational costs.

2. Cost of the end product

An increase in the cost of raw materials has the potential to disrupt the complete supply chain. Cost rationalisation, in this case, becomes critical for procurement. For instance, the tariffs on steel and aluminium imported from China may increase raw material costs by 2-5 percent. This may not be enough to disrupt the supply chain or increase product cost. There are also circumstances when cost escalation is hard to avoid, and the end-consumer has to bear the brunt as the product prices increase.  Retaliation from the EU in the form of tariffs on motorcycle imports would further impact the company’s sales, dealers and customers caused Harley Davidson to start moving production overseas.

Industrial companies also face the risk of losing market share to the competition if they pass cost increases on to customers. If they don’t, maintaining profitability will be a challenge. Take a somewhat textbook example of the duopoly between Boeing and Airbus. If Boeing increases customer pricing given the increase in raw material costs, then it will certainly lose business to its European competitor. Procurement needs to work closely with commercial and finance teams to explore all available options.

Forecast for the future

Clouds of uncertainty have been looming over global trade for some time now – from protectionism in the US under Trump, and Europe affected by Brexit – to proposed tariffs by the US and retaliation by the EU, Canada, and Mexico. Having observed the latest developments, it is difficult to forecast whether this will escalate into a global trade war, but the possibility cannot be ruled out – it is a volatile situation.

Given the uncertainty of the global trade landscape, it has now become critical for procurement organisations to monitor closely how this affects commodity prices and the further impact on sourcing, quality and supply continuity. Procurement teams need to be prepared to adapt their category strategies in accordance with how global trade shapes up in the coming future.