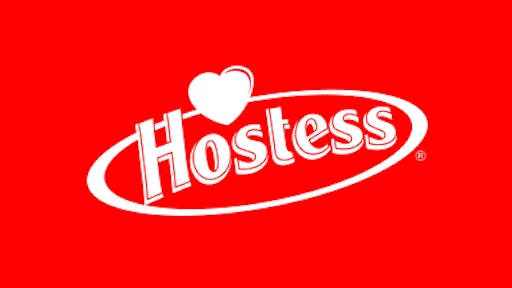 In the Hostess story, all supply chain players – the manufacturer, its suppliers, its retailer customers and its logistics provider – worked together to rescue a cherished snack brand.

The resurrection of Hostess Brands Inc., producer of one of America’s favorite snacks, represents the logistics promise to today’s food industry. Supply chain service providers should be the first to recognize their role in this victory, marking the restoration one of the country’s iconic food brands.

The ARC Advisory Group, a global technology research and advisory firm based in Dedham, MA, recently posted a case study on how the once-beleaguered-but-beloved snack manufacturer changed its business model to preserve its popular Twinkies, Cup Cakes, Ding Dongs and Ho Hos. The Hostess story demonstrates the unique role that logistics plays in enabling the food industry to meet customer needs in a changing market.

In the Hostess story, all supply chain players—the manufacturer, its suppliers, its retailer customers and its logistics provider—worked together to rescue a cherished snack brand.

Most of us grew up with Hostess snacks. When the company began to suffer financial problems in the mid-2000s, a dark day began. The company declared bankruptcy in 2004. It emerged from bankruptcy in 2009 with an infusion of capital. Then came the Great Recession and, in 2011, it was forced to file for bankruptcy again.

The company struggled with many problems to find the right management team, battle its unions for concessions and address issues with its pension fund. Operations ceased for a period in 2012, and Hostess products were auctioned on eBay and other websites. It was a dark period for the snack food industry.

When Hostess emerged from bankruptcy in 2013 for the second time, it re-evaluated its supply chain. Matt Kunz, senior vice president of supply chain, decided the direct-store delivery (DSD) model was not the best system for fresh bakery fulfillment. The bakery industry long believed DSD was the only practical way to ensure product freshness. But Kunz believed times changed.

Kunz thought that a warehouse-direct model made more sense. As a result, Hostess became the first major fresh bakery company to use a warehouse-direct fulfillment model, according to ARC. This provided the company with a less capital-intensive supply chain while delivering reliable customer service.

Kunz was charting new territory, but he knew he held an ace—the consumer demand for Hostess products that every retailer recognized and wanted to support. The company decided that its partnerships could make the warehouse-direct model work if retailers would forecast demand, place orders, pick up product from stores and stock their own shelves.

And sure enough, the retailers stepped up to the plate.

Hostess had to forecast demand further upstream. In the early months, the company had problems doing this. “We had to figure out what portion of the products’ shelf life was in their supply chain vs. ours,” Kunz told ARC.

Kunz said, if he had more time, he would have preferred to develop an internal transportation team. Instead, he opted for a managed transportation service.

The company also selected a new enterprise management system—SAP—which had to integrate with the transportation management system. A new logistics network emerged, bringing a learning curve to all parties involved.

Kunz said the company did not know everything they needed to know about its delivery lanes or its volumes. In the beginning, the logistics provider had to use the spot market to cover the loads.

Today, two and a half years into the new supply chain, inventory demand is more predictable. Retailers improved their forecasting, and the system is able to support limited-time offers, new product launches and other promotions. The system established lead times to maximize product shelf life.

Hostess has its retailer customers taking charge of their demand and their timelines. The company better understands its own demand and timelines as well. It marks a switch from the old way of doing things, but the retailers are getting their inventories and meeting customer demand.

LeanLogistics moved to working with a smaller group of carriers. Both Hostess and LeanLogistics can benchmark carrier performance in cost by lane and service level.

Kunz said third-party logistics providers face a tough challenge cultivating a deep bench of talent, but LeanLogistics managed to keep that base covered.

Logistics capabilities are more robust and diverse than ever. The food supply chain industry needs to educate customers on understanding their needs and establishing partnerships that meet them.