Advocates say it would promote American-made goods, while those opposed say it violates WTO rules. 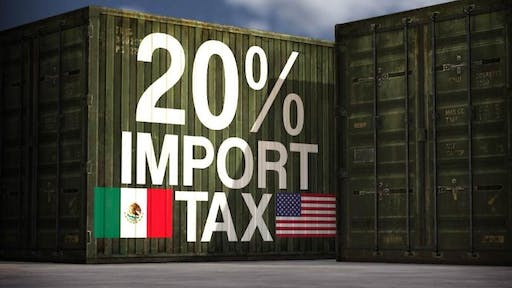 The Trump administration is hoping a proposed border adjustment tax (BAT) will help towards lowering the U.S. corporate tax rate and ease the U.S. trade deficit, but opponents say the tax—which could impose de facto import tariffs up to 20 percent—is in violation of the World Trade Organization’s rules.

Under the proposed BAT, companies could no longer take a tax deduction for costs associated with imported goods or inputs, while export revenue would be exempt from corporate income tax calculations.

The goal is to boost U.S. manufacturing. However, a recently formed coalition of businesses and trade associations, called Americans for Affordable Products, claims the BAT would “significantly hurt” American consumers and employers by raising the cost of everyday products like food, gas and clothing by up to 20 percent, while a large U.S. company could avoid paying corporate taxes “simply because it exports products.”

Many international trade lawyers are doubtful the proposed BAT would comply with the WTO’s rules.

“It would be plainly WTO-inconsistent,” said Philippe De Baere, co-managing partner at Van Bael & Bellis. “It has manifest violations which could even justify the use of the expedited procedure for dispute settlement in the WTO.”

According to a CNBC report, other lawyers said the “destination-based cash flow tax” would fail WTO rules on more than one legal basis. In fact, “So serious were the breaches that any challenges might be handled under WTO mechanisms that allow legal processes, which normally take years, to be short-cut,” the report explained.

Republican Kevin Brady, chairman of the House Ways and Means Committee, dismissed concerns about the legality of the BAT, stating that there were “1,000 different opinions on whether this is WTO compliant,” and that he was confident it did comply with WTO rules.

Either way, legal experts say if the BAT was challenged at the WTO it would rank as the biggest dispute the global trade body has ever considered, since it could potentially involve all products imported into the U.S. and all exports as well.

The Americans for Affordable Products coalition said that while it supports tax reform aimed at lowering the corporate tax rate, the BAT would cost U.S. consumers at least $1 trillion over the next 10 years and could force many retailers to “downsize or close their doors altogether,” in turn impacting millions of other jobs in logistics, technology and manufacturing.

In addition, the coalition warns that U.S. trade partners could impose a slew of retaliatory duties on U.S. exports. China’s massive state-owned enterprises could easily adopt a “Buy No America” policy, for instance, while Mexico has previously levied retaliatory tariffs on U.S. goods over a NAFTA dispute involving cross-border access for commercial trucks.

Meanwhile, the chief economist with Belgium’s Federation of Enterprises said that if European companies started to lose U.S. contracts and shed jobs as a result, Europe could also take action.

On Feb. 13, the American Made Coalition released a partial list of companies that support the border adjustment tax (BAT). The export-heavy companies charge the BAT is “essential to leveling the playing field for American-made goods and services and encouraging American jobs, investment and manufacturing.” Some of the biggest names in the coalition are:

Opponents say the tax—which could impose de facto import tariffs up to 20 percent—is in violation of the World Trade Organization’s rules.

The New Tax Plan and What It Means for Manufacturing

Shifting Trade Winds: How the Supply Chain Can Prepare for Change

Border Tax Hits Political Reality and Only Trump Can Save It