To make vehicles more safe, manufacturers should use all of the technology at their and their suppliers' disposal for testing. 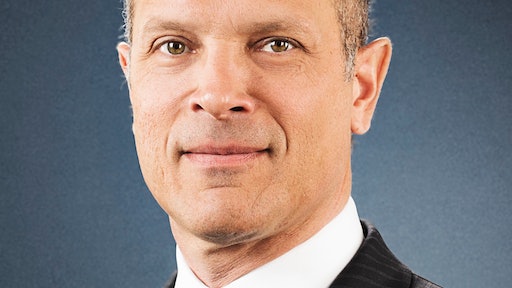 SDCE: Why should automotive suppliers and manufacturers be vigilant about safety in the automotive supply chain? What kind of consequences can they face if they fail to ensure an appropriate level of safety?

Jacoby: First of all, I suppose there's the moral question. They're putting products out into the world that are hurling through space at 80 and 90 miles per hour (MPH). If they're not safe, someone's going to get killed. I think everybody has an interest in making those products as safe as we are able to with current technology. In addition, in case somebody is not of a mind to do the right thing, there are laws that require safety in product design and manufacture. There are regulations regarding what happens when you discover something is not safe. There are lawsuits that result from personal injury, or even devaluation of vehicles when products or their components are not safe. So there's all kinds of moral, ethical, legal and regulatory reasons to make a safe product as best you can.

SDCE: What can automotive suppliers and manufacturers do to increase automotive safety and prevent recalls?

Jacoby: To make vehicles more safe, manufacturers can use all of the technology at their disposal or their suppliers' disposal to test the product. There are rules regarding testing, whether it's crash testing of the whole product or whether it's doing the various tests that are in place for any given component of the vehicle.

For example, General Motors Corp. (GM) designed an ignition switch that ended up turning the car off while it was in motion. It did it in a minority of situations, but enough that it became a big recall issue, and caused somewhere between 100 and 200 deaths. This is not the self-starting kind of ignition switch where you just press the button and the car starts. This is the older style key ignition and the internal spring for that ignition had a defect.

It's certainly possible for any part to have a defect. We can't expect any manufacturer to do something 100 percent 100 percent of the time. In the course of testing the ignition switch—which [carmakers] continue to do even after something is on the market—it was determined by engineers at GM that the ignition switch had a defect, which had to do with the spring and if there was too much weight placed on the key. Whatever the defect was, instead of keeping the car running, the switch turned the car off. If you turn a car off in mid-driving mode, it’s extremely dangerous and there were people who weren't able to recover from that extreme danger, and actually crashed and died.

What a manufacturer can put in place is continual testing, continual quality improvement, and a policy and procedure to allow that, when a defect is found, it is reported up to the top and something is done about it immediately. That would actually cause recalls to occur, but as soon as you find something that's dangerous, you need to do a recall and fix the component so that it is no longer unsafe. Recalls are not necessarily a bad thing, so we all shouldn’t shudder in our boots that it's going to happen. One of the reasons we see so many recalls now is because of the Toyota sudden acceleration problem and because of the GM ignition switch. Those were the two biggest things that occurred over the last several years.

SDCE: How can an organization ensure the appropriate amount of quality control is present in its automotive supply chain?

SDCE: Do you think they're vetting their supplier's quality and performing audits?

Jacoby: I know they are. Now, are they perfect? Of course not, nobody's perfect. Do they have perfect engineers? No, they don't, but they have very good engineers. So they have to have testing and they do have testing. They have to be able to honestly report up the chain of command the results of the testing. In the short term, they're not going to be better off because it's going to cost them money. In the long term, however, they're going to be better off because they won't take the public relations (PR) hit when, ultimately, whatever it is is uncovered. Because it seems like pretty much everything is eventually uncovered.

SDCE: What steps can an organization take to resurrect poor quality control if it does exist in the automotive supply chain?

Jacoby: It's staggering how many recalls have occurred and it's staggering the number of vehicles that have been affected, and by a myriad number of things. Now is a time when every company that is putting out products that have the possibility of causing dangerous consequences should be looking at their quality control, and having outside auditors come in to make sure they're operating at industry standard and applying best practices to their quality control. It's hard to know if one company's quality control is better or worse than another unless they're having independent auditors look at it and report it, and then following best practices for the industry.

SDCE: In 2015, the National Highway Traffic Safety Administration (NHTSA) estimated 51 million vehicles were recalled, costing companies around $6.9 billion. Analysis by marketing firm CX3 shows 6.4 percent of vehicle recalls were attributable to software. Why are so many automotive recalls due to software-related issues, understanding, of course, that there’s more technology in vehicles than ever before? What can be done to reverse this trend?

Jacoby: You know how you get a phone update like every third week? If you read what the update provides, it says, "Fixing glitches and adding extra features." With all the technology that goes into cars these days, they have the same issues that technology companies have, yet they haven't developed a good way to simply download fixes every two or three weeks. Now some cars do have that ability. BMW, GM and Tesla’s higher-end cars have systems that you actually just download fixes to certain problems over the Internet, but that's not available in every car.

I'm not sure we're there yet that we can download to the wall, but there's been a converging of technology with traditional automotive. All the information necessary to run a car through modern technology and computer chips is connecting with the gears, pistons and physical mechanics of a vehicle. The two industries are converging and it's not a perfect convergence, so we're probably kind of stuck with where we are for a while.