Online Exclusive: A New Day at the U.S.-Mexico Border

NAFTA now: Even though there still are some serious issues, we’re heading toward lower costs, more control and faster moving trade 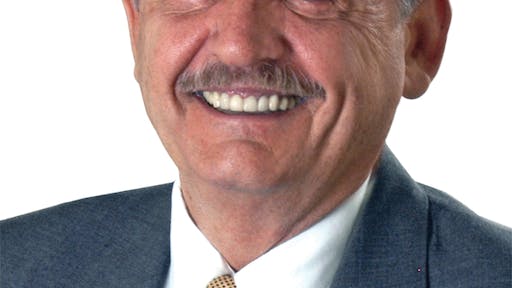 Editor’s Note: This is the first of an exclusive two-part series on the North American Free Trade Agreement (NAFTA). It will examine efforts to clear up inconsistencies in the law regarding freight moving from Mexico into the United States. Part two will appear in the March print issue of Supply & Demand Chain Executive as well as online. It will delve further into the cross-border issue and discuss the positive and negative implications for both U.S. and Mexican carriers.

One of the main tenets of NAFTA was to eliminate barriers to trade, and facilitate the movement of goods among Mexico, Canada and the United States. It’s clearly spelled out in Chapter I, Article 102:

Objectives:  “… as elaborated more specifically through its principles and rules, including national treatment, most-favored-nation treatment and transparency, are to:

However, to the contrary, U.S. NAFTA negotiators allowed Mexico to reserve the right to use Mexican citizens exclusively to forward freight into or out of the United States, supporting the monopoly that one Texas Customs Brokers association attempted to prevent by asking the Department of Justice (DOJ) to change the wording prior to NAFTA's implementation.

The federal government refused not only to take action against this Mexican Customs brokers' monopoly, but also allowed Mexico to institutionalize it through the NAFTA treaty. I directly asked a U.S. Department of Transportation (USDOT) leading NAFTA negotiator how they could agree to a monopoly by Mexican citizens for controlling cross-border commercial movements. Her response: “I didn't know it was in there, Jim.”

Here is what the U.S. negotiators didn’t know was negotiated: A shipper's export declaration must be processed by a Mexican national licensed as a customs broker (agente aduanal), or by a representative (apoderado aduana) employed by the exporter and authorized by the Secretaría de Hacienda y Crédito Público for this purpose.

The Root of the Problem

The Mexican customs broker is the primary reason for border-crossing costs. In effect, he impacts all costs by controlling when goods are released into the United States. He does this with the issuance of a form called a Pedimento de Exportacion, which is a Mexican Customs Exportation Entry submitted to Mexican Customs Administration for approval and release. The Mexican customs broker, when possible, always ensures that the exported cargo has a destination on the Mexican side of the border. He does this for two distinct reasons: It stops the goods so he may use his own or cooperating drayage or transfer firm to pick up the goods waiting at the unsecured Mexican drop lots or Mexican truck terminal to take to the United States. He simply makes money on this unnecessary step.

Second, when exported products from Mexican points of origin have a destination still within Mexico, an Impuesto al Valor Agregado (IVA), known in the United States as a value-added tax (VAT), is added to shipment costs.[1] Established as 15 percent in 1990, the tax today is 16 percent of the shipment’s value, a significant amount of revenue. However, if the destination is in the United States, which certain Incoterms compel it to be, the consignee saves at least the 16 percent IVA. Thus, if a shipment originated in Mexico with a destination outside of Mexico like Laredo, Texas, instead of Nuevo Laredo, Mexico, the IVA would be zero. The Mexican Bill of Lading/freight bill combination, also known as a Talon, aka Guia, shows the local or international destination.

There may be another reason for the Mexican customs broker to ensure that there is a Mexican border destination instead of a U.S. destination. With a Mexican domestic destination like Nuevo Laredo, the Mexican customs broker gladly pays the IVA because, first, he gets it reimbursed by the U.S. party and he also may receive a tax credit in Mexico for paying it. In other words, he is “double dipping,” that is, he has the U.S. consignee pay the cost and then receives credit for it by the Mexican government. In essence, he makes an extra 16 percent on the shipment. Then if he uses his own drayage carrier, he can make the cost of drayage, about and up to $200 per crossing! On the other hand, if the transportation costs are paid by the shipper, seller or exporter, and they pay the 16 percent IVA and it is included in the per-piece cost, the shipper, seller or exporter can at the end of their fiscal year's tax filing to the Mexican tax authorities claim a deduction on the IVA and get the transportation credit that was paid for by the U.S. consignee, buyer or importer.

Since the United States took no action to change this  expensive, slow and sometimes corrupt practice, the Mexican government has. On Dec. 9, 2013, the Diario Oficial de la Federation (or Mexico Official Federal Register) published an amendment repealing and adding various provisions to their Customs Act. According to the decree, the purpose of the reforms is to facilitate and improve trade to and from Mexico. These reforms also update and incorporate best practices to provide for modernization of Mexican customs (Aduana) procedures. These best practices include and promote the use of new technologies that can verify and secure cargo for speedier and more efficient Aduana handling of imported and exported goods.

Perhaps more significantly, these changes allow individuals to use strategic bonded warehouses outside the limits previously permitted and use non-intrusive technologies to speed up inspections. Probably the greatest change is allowing individuals to control the importation and exportation of cargo, thereby diminishing the role of the Mexican customs broker in his control of 75 percent of cargo crossings. These and other changes were approved by the Mexican Congress in October and approved by President Enrique Pena Nieto.

Significant examples of these reforms include:

These changes are expected to go into effect this fall and its impact will be monumental.

In simple terms, these changes mean lower costs for U.S. exporters and importers. For instance, the need to use a Mexican customs broker on the U.S. side of the border to release goods for entry into Mexico is eliminated. All connected costs of using the Mexican broker are eliminated or reduced. It also can eliminate the use of current drayage or transfer operations of moving cargo from one side of the border to the other. This elimination or significant reduction of drayage can remove truck clutter, and improve environmental and safety issues typical at border ports of entry.

And, for U.S. security, these changes should eliminate or significantly reduce the use of unsecured pensiones or drop-lots on the Mexican side of the border used to place trailers to wait for the release by the Mexican customs broker through his issuance of a Pedimento de Exportation, which allows the cargo to cross into the United States. It also suggests the greater use of approved U.S. and Mexican motor carriers providing origin-to-destination moves within the territory of the United States and Mexico.

While all of this will take time to develop, it portends increased trade, lower costs,  and more visibility, control and security. The use of electronic data also will allow for greater speed, and further joint cooperation in practices of both Mexican Aduana and U.S. Customs and Border Protection (CBP), suggesting a faster mutual recognition status between CBP and Aduana.

Mexico’s plan to reach mutual recognition status with the United States, signed in January 2013, is expected to materialize in December through its new Customs program Nuevo Esquema de Empresas Certificadas (NEEC). This will clearly be a new day for importers and exporters, customs, and port-of-entry practices, truck congestion, costs, speed, accuracy of cargo identification and security, not to mention the role of customs brokers. It’s been a long time coming.

Dr. James R. Giermanski is the chairman of Powers Global Holdings, Inc. and president of Powers International, LLC, an international transportation security company. His recent book is entitled Global Supply Chain Security (Scarecrow Press 2012). He was also the director of transportation and logistics studies at the Center for the Study of Western Hemispheric Trade at Texas A&M International University, and is co-inventor of a patent connected to transport container security.

Changes Along the Border