GM and UAW made a tentative agreement on Wednesday afternoon, just one month after the strike began. 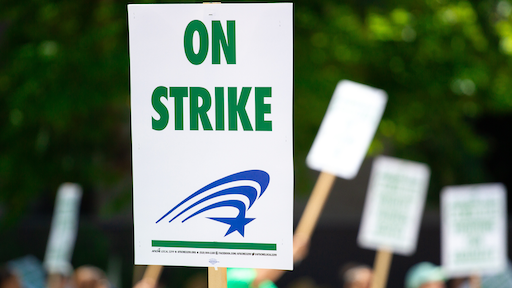 GM and UAW made a tentative agreement on Wednesday afternoon, just one month after the strike began. According to The Detroit Free Press, the strike has cost the company nearly a half-billion dollars a week.

In addition more than 575,000 workers nationwide are in industries directly or indirectly affected by the strike and nearly 10,000 workers for GM suppliers and company factories in Mexico and Canada also have been laid off because of it.

The UAW National General Motors Council have decided to recommend ratification of the agreement with GM, leaving 46,000 workers on strike while a vote occurs.

Ratification meets will begin on Saturday and ballots are expected to be turned in by Oct. 25. GM is encouraging the union to "move as quickly as possible through the ratification process, so we can resume operations and get back to producing vehicles for our customers. Our goal during these negotiations was to ensure that the future of General Motors is one that works for our employees, dealers, suppliers and the communities where we operate. The agreement reflects our commitment to U.S. manufacturing through the creation of new jobs and increased investment,” according to the Detroit Free Press.

The UAW on released a summary of the tentative agreement. Highlights include: