Donald Trump took to Twitter on Thursday, announcing that he will be imposing a 5 percent tariff on all imported goods from Mexico beginning June 10. 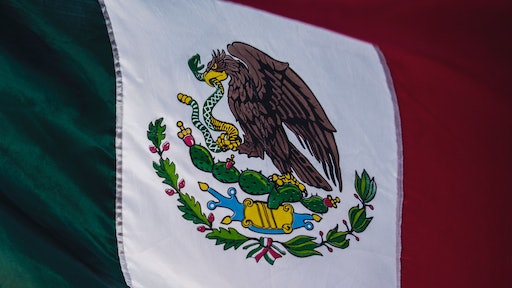 Photo by Tim Mossholder from Pexels

Donald Trump took to Twitter on Thursday, announcing that he will be imposing a 5 percent tariff on all imported goods from Mexico beginning June 10. The tax would "gradually increase" until undocumented immigrants stopped crossing the border.

On June 10th, the United States will impose a 5% Tariff on all goods coming into our Country from Mexico, until such time as illegal migrants coming through Mexico, and into our Country, STOP. The Tariff will gradually increase until the Illegal Immigration problem is remedied,..

....at which time the Tariffs will be removed. Details from the White House to follow.

In a presidential statement that eventually followed, the Trump administration said that the tariffs would be raised to 10 percent on July 1 and "if the crisis persists" it would be raised by an additional 5 percent each month for three months. Once the tariffs reached 25 percent, it will remain until Mexico acts.

Tariffs on all Mexican goods would take a serious tolls on American consumers, The New York Times reports. A majority of the U.S.' fresh produce comes from Mexico and with steep tariffs that are already placed on tomatoes, experts are expecting a shortage of the fruit to occur in Mid-June. The duties will likely generate significant opposition among businesses in both countries ass the added costs would be passed down to companies and consumers.

The threat comes in the midst of his immigration fight with Mexico. However, the move could derail his goal of revising the North American Free Trade Agreement with Canada and Mexico. Earlier this month the President won over few lawmakers by lifting steel and aluminum tariffs against the countries in hopes to get the USMCA deal passed by Congress.

The Times reports that Mexico's deputy foreign minister for North America, Jesus Seade, said that tariffs would be "disastrous" and suggested that Mexico will retaliate against the U.S. However, in a letter from Mexico's President, Andres Manuel Lopez Obrador, he said that he did not want a confrontation from his American counterpart and insisted on dialogue.

Mexico has taken advantage of the United States for decades. Because of the Dems, our Immigration Laws are BAD. Mexico makes a FORTUNE from the U.S., have for decades, they can easily fix this problem. Time for them to finally do what must be done!

Administration officials argued that the move is a matter of "national security," though, it is unclear what actions by Mexico would satisfy Trump enough to cancel the tariffs. According to Kevin McAleenan, the acting secretary of homeland security, Mexico will need to increase security at the border with Guatemala, crack down on criminal gangs that help migrants and help the United States more with asylum seekers.

The New York Times reports that Mexican officials will make discreet contact with their counterparts in Washington to go over the tariffs as there is no justification to do this over migration.

“Trade policy and border security are separate issues,” Senator Charles E. Grassley, R-Iowa, said in a statement. “This is a misuse of presidential tariff authority and counter to congressional intent.”