The U.S., Canada and Mexico have struck a new trade deal to replace NAFTA. Known as the United States-Mexico-Canada Agreement. 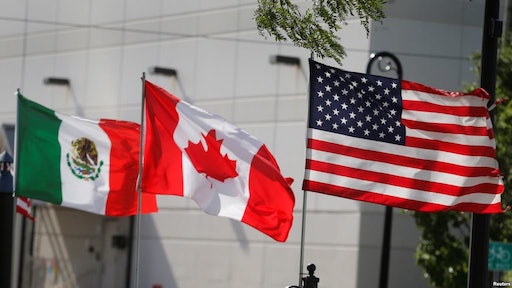 The U.S., Canada and Mexico have struck a new trade deal to replace NAFTA. Known as the United States-Mexico-Canada Agreement (USMCA), the new deal has prompted Donald Trump to say that it is "the best deal ever."

The new deal has made major changes on vehicles and policies on labor and environmental standards, intellectual property protections and some digital trade provisions.

Now, automobiles must have 75 percent of their components manufactured in the three countries to qualify for zero tariffs, and 40 to 45 percent of automobile parts have to be made from workers who earn at least $16 an hour by 2023. Vox reports that Mexico has signed on to pass laws that will give workers the right to union representation, extend labor protections to migrant workers and protect women from discrimination.

The deal also extends the terms of copyright to 70 years beyond the life of the author, and will extend the period that a pharmaceutical drug can be protected from generic competition, Vox reports.

Now that the deal has been negotiated, it just needs to be approved. Trump, Canadian Prime Minister Justin Trudea and Mexican President Enrique Pena Nieto plan to sign the agreement before Nieto leaves office at the end of November.

However, it is unclear whether Congress will consider the deal until after the midterm elections. If Democrats take control of the House or Senate they may not give approval. 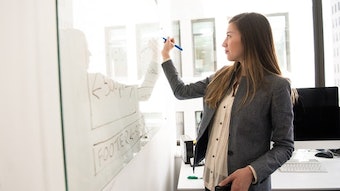 Are You a Manager or a Leader? 6 Signs You Need to Make a Change

In reality, many leaders are still managers who have not yet made the transition to their leadership role.
Niamh O’Keeffe
October 14, 2020
Latest

The acquisition of The Red Flag Group comes at a time of rapid growth in the market for due diligence solutions and services, fueled by an increasingly complex and rapidly evolving business environment.
Refinitiv
October 6, 2020

Energy and Utilities Cloud connects teams and systems on a platform integrated with legacy customer information and billing systems to give all employees — from sales to service to field operations — a single source of truth.
Salesforce
October 2, 2020

The study found that more than 90% of companies expect the disruption of global supply chains caused by the pandemic will have long-lasting effects on their businesses.
Interos
October 2, 2020