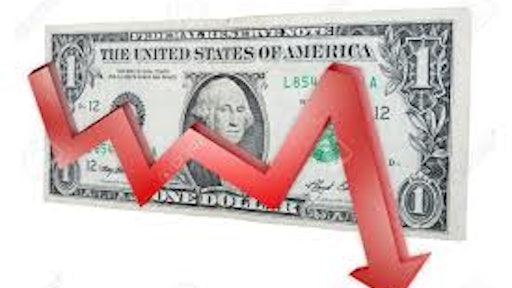 April 6, 2016—There’s nothing traders love more than a juicy conspiracy theory. So when the dollar abruptly reversed a yearlong climb and began sinking this year, rumors swept the markets that the world’s 20 leading economies secretly agreed in Shanghai in February to drive it down.

The Shanghai accord is a myth. Never mind the odds against keeping a global currency accord secret. At the summit, officials actually dialed up their condemnation of exchange-rate manipulation.

Nonetheless, the dollar’s slide, which began before Shanghai, but accelerated thereafter, does signal something important: The worst threats that hung over the global economy at the start of the year—higher U.S. interest rates, an oil-price collapse and a Chinese economic slump—have receded. The global economy isn’t about to take off, but its miserable first quarter may mark the bottom.

Ironically, this improvement has come about precisely via the channel that policy-makers sought to de-emphasize in Shanghai, namely monetary policy. U.S. officials persuaded their counterparts to emphasize fiscal policy and structural reforms as the way to lift economic growth. Yet little on that front has happened; China and Canada have blessed bigger budget deficits, but Britain has doubled down on austerity. As a result, central banks have dialed up their activism.

Which Companies Will Have the Greatest Dollar Value of New Liabilities?