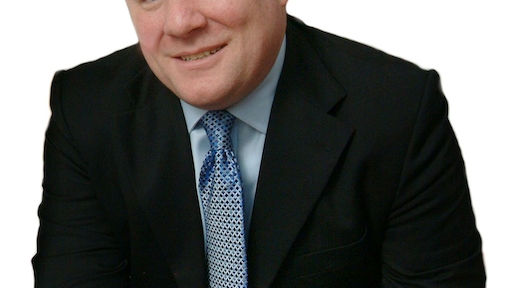 Governments around the world will be introducing new legislations to develop greener and more sustainable environments in which to both live and work. For example, if new legislations were introduced requiring companies to replace paper-based transactions with automated business-to-business (B2B) transactions across their supply chains, then this would contribute significantly towards developing more sustainable supply chains.

One month later, in January 2016, many different global issues were being discussed amongst the world’s leading economies at the Davos Conference in Klosters, Switzerland. One of the key themes discussed was the Fourth Industrial Revolution—how new, disruptive digital technologies, such as the Internet of Things, will impact future business environments, especially in the manufacturing sector.

But what if these disruptive technologies could help reduce carbon emissions, drive greater efficiencies across business processes and contribute towards developing greener supply chains?

Here are five examples of how disruptive technologies, cornerstones of the Fourth Industrial Revolution, could potentially contribute to greener supply chains:

1. The Internet of Things

Birmingham City Centre in the UK is one of a growing number of smart cities starting to emerge around the world. Smart cities are being built around Internet of Things (IoT) technologies and, in Birmingham’s case, use a connected approach to undertake waste collections across the city. This Internet of Bins approach essentially relies on sensors inside bins to monitor waste fill levels and transmit information to the waste company’s central operations center. The information collected from these connected bins is used to improve logistics planning, for example, determining the need to empty the bins based on waste levels inside.

Introducing dynamic collection routes across the city based on fill level data allows demand-based schedules to be generated and waste collection routes to be optimized. This directly impacts the logistics operations by reducing costs, carbon emissions, noise pollution and vehicle degradation. Now, what if smart factories with connected production lines could use the same approach to improve the delivery of parts to a factory? Improved logistics flows can contribute significantly to green supply chain development.

Airbus, one of the largest aircraft manufacturers in the world, is experimenting with 3D printing to not only help improve production processes, but to also improve the service it offers to its airline customers around the world. 3D printing not only produces components with minimal waste materials, but it could also potentially help to introduce zero length supply chains. This means replacement parts could be 3D-printed on demand as, and when, they are required.

For example, if a series of strain gauges mounted on support brackets inside an aircraft wing detect a crack, this information could be transmitted to the destination airport, and the replacement part could be printed by the aircraft maintenance team and waiting to be fitted immediately when the plane lands. Traditionally, this repair process required a spare part being delivered by an expedited shipment, potentially from another corner of the world, to the repair location of the aircraft. By 3D printing replacement parts on demand, the logistics required to deliver the replacement part are not required, hence zero length, and any indirect carbon emissions incurred by the logistics carrier and airlines can be removed from the supply chain.

Foxconn, one of the world’s largest contract manufacturers, is currently working on an initiative to automate a million manual jobs in its factories in China. Foxconn will achieve this by deploying thousands of advanced robots, or Foxbots, that will replicate repetitive manual assembly jobs across their factories. Removing these manual jobs will not only reduce production costs and improve operation efficiencies, but it will also contribute towards an indirect green benefit.

Many Chinese cities are suffering from dense smog clouds that cover the cities, partly made up from a combination of carbon emissions from factories, power stations and, of course, the millions of cars now entering the market. What if you could automate the most repetitive manual assembly processes across manufacturing plants around the world with advanced robots? What effect would this have on the global contribution to reducing greenhouse gases? By automating production processes, the collective reduction in carbon emissions from commuting alone could be considerable.

DHL is currently experimenting with drone-based delivery services. One of the challenges faced by third-party logistics (3PL) providers such as DHL is trying to complete last-mile deliveries in built-up city centers. DHL shipments are typically transferred between its global network of distribution centers, by multi-modal air-, land- and sea-based logistics networks. But when it gets to the last mile before a shipment reaches the customer, 3PL providers will have to utilize in-city distribution centers that contribute towards emission levels. Many 3PL providers are investigating the use and, in some cases, undertaking trials of electric vehicles to try and reduce carbon emissions. When you include all parcel delivery services that may be present in a city center location, this can contribute significantly to the level of carbon emissions.

What if it was possible to deploy drone-based technologies using autonomous electric vehicles or air-based drone services to help deliver small parcels across city centers around the world? Trials of airborne drone-based delivery services, such as Amazon Prime Air, are taking place at the moment. But, if the sensitive issue of drone-based flying regulations can be addressed, then we may see drones used along predetermined flight paths around the world. This could significantly reduce the number of delivery journeys made by normal means, including delivery vans and motorcycle couriers, and reduce carbon emissions. Yes, there are other issues, such as introducing safe landing sites, but the applications of this technology could transform last-mile delivery networks.

VW Group recently started to deploy Google Glass devices for a pilot project for shop floor workers in one of their factories. The intent is for workers to download and view all assembly-related information about a product, including assembly drawings, 3D assembly animations and video files. The aim of the project is to drive greater efficiencies across VW’s production processes and deliver digital information when the shop floor workers need it. If you apply this process to every car in VW Group’s portfolio, it amounts to a significant reduction in paper usage within its global network of production facilities, including paper being used for drawings, specifications, assembly instructions and more. When you scale this type of information access technique across all the major car manufacturers and suppliers, and across the aftermarket service sector, this quickly makes a significant impact on paper reduction and achieves similar benefits as automating other paper-based information used across the procurement process.

There were two major global conferences recently, with representation from major countries around the world, but these new government initiatives still have a way to go in understanding the potential benefits of digital disruption. However, many of the countries being represented at Davos were responsible for hindering areas for improvement, for example, banning the use of airborne drone-based technologies in city centers. While these conferences show a move in the right direction, the applications above highlight how a better understanding of disruptive digital technologies can impact future global economies and contribute to developing more sustainable supply chains around the world.

Mark Morley is the director of strategic product marketing for OpenText’s Information Exchange business unit. Morley helps to position and develop thought leadership for OpenText’s B2B solutions and has a particular focus on B2B managed services. Prior to this role, Morley was leading OpenText’s strategy in the manufacturing industry since 2006, and had a particular focus on automotive, high-tech and industrial sectors. In this role, he defined the go-to-market strategy and developed thought leadership for OpenText’s suite of enterprise information management solutions.