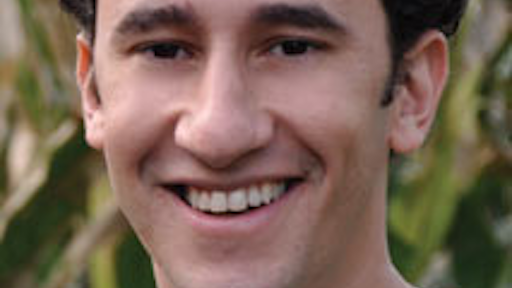 Josh Green is CEO of Panjiva, an intelligence service for sourcing executives. More information at www.panjiva.com.

China's currency is rich fodder for a tangled debate that's making players on both sides — East and West — skittish. At stake are potentially rising costs on goods bound for America and an increasingly tenuous marriage between the world's superpower and its largest creditor.

So what's going on in the rocky global-economic sandbox? Is China playing fair? Is the US being bossy? And what are the implications for those who stand to lose customers, profits or both?

America's blissful trade relationship with China — where cheap labor, low costs and a stable currency have been the norm — is souring. Coming between them are soaring wages, intense foreign pressure to strengthen the yuan and a looming trade war.

While this is not great news for China-dependent sourcing executives and suppliers, it's not the end of the world either. With some careful planning, resourcefulness and creativity, sourcing professionals and suppliers can help each other survive — and thrive — in a new era.

But first, let's take a look at how we got to where we are today.

A Brief History of the Yuan

For years, the yuan's exchange rate was pegged to the dollar instead of floating freely like other currencies. Prior to 2005, the rate was a consistent 8.35 to the dollar — but in 2005, the Chinese government allowed the yuan to budge a little. By 2008, it reached a new high — 6.8 to the dollar — where it remains (more or less) today.

When the world plunged into economic crisis a couple years ago, China kept its head above water while other nations — including the US — floundered. Still recuperating, these countries are watching as China is poised to become the world's second-largest economy this year — and they scapegoat an undervalued yuan as a reason for China's fiscal fitness and their own sluggish recoveries.

Now American and other governments are putting renewed pressure on China to unshackle the yuan, let it gain strength and, ultimately, permit it to float freely. Such a move, they say, would boost the cost of Chinese exports and open the door to healthier competition.

The Politics of Currency Change

Many in US political circles believe that China undervalues its currency in order to boost exports, quash competition and undermine American jobs.

While the Treasury Department postponed its decision to label China a "currency manipulator" in its semi-annual currency report, the House approved a bill in September authorizing duties on imports from countries with "undervalued currencies." (The last time a country was cited for currency manipulation was in 1994. The accused? China.)

A tough stance against China may sit well with a recession-weary American public, eager to get back to work and ready to scapegoat China for "stealing jobs." But China is none too impressed. Its Ministry of Foreign Affairs opposes the bill, deeming it an act of "protectionism" that could fray US-China relations and damage both countries' — if not the world's — economies.

In addition, China is just as eager to score its own domestic points by standing up to foreign "bullying," especially since aggressive currency reform would slash profit margins in China and inflict tremendous stress on the country's export-driven economy.

The Impact of Currency Change

With all the posturing and finger-pointing, it's not certain that overhauling China's currency policy will benefit the American economy in a meaningful way. In reality, it could do more harm than good.

In the first place, China controls its exchange rate by buying massive amounts of US Treasury notes and bonds. Should the Chinese government allow the yuan to float, interest rates would likely rise Stateside, putting a crimp in America's prospects for a robust recovery.

Furthermore, most American businesses have supply chains that are heavily concentrated in China. A stronger yuan means their costs will rise, and, eventually, it's the already overextended American consumer who will pay the price.

The Challenges in China

Of course, currency appreciation is not the only thorn in sourcing executives' sides. There is a black cloud on the wage horizon in China, too. In the past few months — in response to worker unrest and a spate of suicides — Chinese companies have been doubling, even tripling, their employees' salaries.

The impact has been significant for American importers, who must choose between two unpalatable options: stomach shrinking profits or pass their rising costs on to consumers.

A stronger yuan will exacerbate the pain, but truthfully the bigger threat is that heated discourse over currency policies could spark an ugly trade war between the US and China. That would cause major headaches for everyone — supplier, sourcing executive and consumer — as new duties are imposed, cost structures change and pricing becomes unpredictable.

What Can You Do?

There's no question that sourcing in China is getting a whole lot more complicated. American sourcing executives have been riding high on the low-cost China wave for a while now, many putting all their eggs in one basket. But monogamy, in this case, may be a risky choice. The rules of the game have changed dramatically, and it's time to start playing in new sandboxes.

Here are two essential strategies for prospering in a manufacturing world that is in flux:

As in any relationship, communication is critical, but it just became the Holy Grail in the symbiotic sourcing-executive/supplier relationship. No longer able to take predictably low costs for granted, sourcing professionals must speak openly to their suppliers to understand what new cost burdens, challenges and vulnerabilities they face given China's wage increases and impending currency fluctuations.

Find out how your suppliers' cost structures are changing, and model how these changes are likely to impact your own cost structure. Then, assuming costs are going up, address how you can manage those increases. Who will absorb the hit — you, your supplier, or both of you? Frank discussions like these will help you — and your suppliers — better cope with the impact on your respective bottom lines.

If you've limited your sourcing to China, sprout wings and explore other geographies. But be sure to do your homework before rushing into new regions — and once there, don't stop researching. Countries' policies and economies are in constant flux, so thorough and ongoing regional analysis will save you major grief as you diversify.

When analyzing, ask yourself these key questions:

And, of course, as you scout new geographies, make sure you have the information you need to evaluate suppliers using the "Four Cs" criteria: capabilities, customers, certifications and credit.

The China ride was euphoric while it lasted, spoiling us with a seemingly inexhaustible supply of cheap labor and rock-bottom costs. But with so much at stake now, it's important to think outside the China box.

About the Author:
Josh Green is CEO of Panjiva, an intelligence service for sourcing executives. More information at www.panjiva.com.