Where Do Robotics and Wearables Stand in Cold Chains?

Cold chain organizations look to automation and visibility to stay on top of operations during a confusing time. But how exactly is the industry using wearables and robotics? 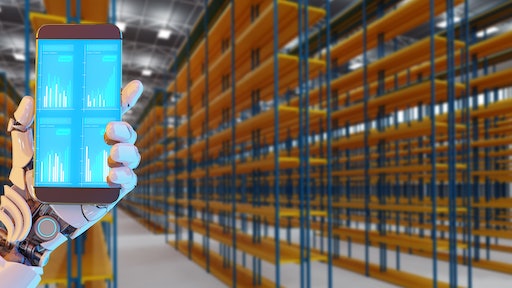 Today in warehouses, there are a multitude of different types of technologies powering operations. Some of the more obvious and future-seeming technologies are robotics and wearables. Robotics existed in warehousing for quite some time prior to the invention of smart-based technology seen today. But now, these systems are equipped with advanced automation technology among numerous hardware upgrades that transform today’s warehouses into something that used to be thought of as a science fiction novel.

When it comes to wearables in the warehouse, the technology ranges from special exoskeletons that help workers lift heavier items without fear of hurting themselves to smart glasses that give employees step-by-step instructions for greater efficiency and accuracy. There are numerous up and coming innovations in this area, invented with worker optimization in mind. But right now, these are slow to catch on in the cold chain.

“In my experience, there are very few users that have adopted wearables in the cold chain supply chain or the cold supply chain,” says Manik Suri, founder and CEO of Therma. “Most users in the cold supply chain tend to be folks working in manufacturing, logistics, and or transportation. These are environments where connectivity has often been challenging and where there isn't as much in the way of big-budget technology spending. And so, you don't have a lot of folks using wearables for business use cases. Most people, if they do have wearables are early tech adopters in their personal lives and happen to have something like a Fitbit or an Apple Watch.”

Sophisticated robotics systems are now continually seen in new cold warehouses, where automation is top of mind from the design build process, rather than attempting to fit high-tech automation into an existing traditional warehouse.

Suri explains that the growth of automation in newer cold storage facilities are due to increased labor cost and an emphasis on workplace safety.

“The combination of trying to save on labor costs and safety issues has recently caused many cold chain developers to introduce robotics,” says Suri. “But that's a tiny portion of all cold storage warehouses and distribution centers. And there is not much in the way of robotics downstream in small box refrigeration. Most of those assets are old and still run very manually.”

For many, in addition to increased safety and work efficiency, the promise of greater visibility is a reason for an increase in automation through robotics and wearables. The focus on visibility in the supply chain is so ubiquitous now that the conversation exists as a major talking point of the c-suite in many organizations. Many even believe that the level of visibility within their current supply chain ecosystem is not enough.

In fact, according to Sunder Balakrishnan, supply chain analytics leader at Latentview Analytics, only 21% of supply chain professionals feel comfortable with the supply chain visibility their current ecosystem offers.

“Plenty has been written about the impact of poor visibility on the supply chain,” Balakrishnan says. “So, it does make sense to look at what is possible starting with advanced technologies like wearables and robotics used within logistics and distribution. Leaders have already implemented smart warehouses with automated vehicles used for warehouse operations like unloading, storage, picking and loading. Last-mile deliveries using drones have also been tested.

“In the cold chain space, IoT devices installed on assets have definitely improved traceability and visibility for products like food and pharmaceuticals. A major area of improvement is in product handling and that is where using wearable technology can help provide visibility and guidance on recommended actions to improve overall service levels.”

Balakrishnan believes that through wearables and robotics, organizations gain visibility to materials and assets at warehouses, distribution centers and in transit, driving a decrease in damage and wasted products. Between 5% and 10% of inventory end up stale or expired, a significant pain point for bottom lines. The automation provided by robotics helps drive efficiency while the significant level of visibility provided through wearables help managers gain full control over their cold chains.

Cold chain of the future

For the future, the demand for visibility will continue to grow, combined with the growth of available devices, more cold chain operations will incorporate wearables, as well as robotics. Once this takes hold and data volumes in the value chain reach a higher level, a connected view will be needed.

A connected view is an intelligence layer that connects each data point together to create connected visibility and deliver insights for people, processes and systems to respond to disruptions, adds Balakrishnan.

“I think we're seeing the introduction of IoT Internet of Things devices; some are sensors, some are wearables, connecting assets and getting real-time data, and you know a lot more introduction in transit,” Suri adds. “So, trucks and shipping containers give up real-time data that can be tracked from anywhere in the world to ensure that there's no spoilage and that the conditions are being continuously managed.

“You see the introduction of automation in the form of robotics. You have everything from small, modest projects, like robotic arms that are shacked stacking shelves to massive undertakings like self-driving trucks. But imagine self-driving cold storage trucks. That's a form of robotics or automation at scale. You had a trucking fleet that was self-driving in 10 years. That's interesting from the standpoint of how the cold chain could become way more automated. I think there's a lot of work to bring these technologies into the cold chain.

“The cold chain historically has been slow to adopt new technology. It's one of the older sectors in the economy. Refrigeration has been around for over 100 years. Newer sectors of the economy that have been around for 10-20 years tend to adopt more technology faster because the assets are coming online today. But the stuff that's been around for decades it's often harder because you have to retrofit a lot of existing infrastructure. So I think we're going to see that a lot of these technologies will come online with the future generation technology. The next generation of cold storage will have a lot of automation. The next generation refrigerator is going to have embedded sensors and embedded data science in it. But the stuff already in the world today will take a lot of effort to retrofit and a lot of capital, human and potential.”

As more players come to the cold storage sector, while older players begin new construction in new areas, more automation will come to the industry. All organizations in the cold supply chain look to combat the numerous disruptions coming their way, that seem to never stop. Robotics and wearables may be the future that helps them navigate this ever-changing industry.