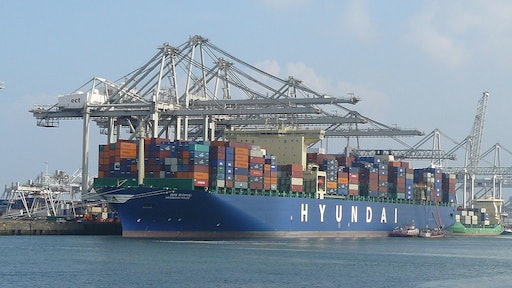 Joining an alliance with major shipping firms was one of the conditions of a debt restructuring deal between Hyundai Merchant Marine and its creditors in May, and the company said on Sunday that the tie-up with 2M met that criteria.

Its main creditor, the state-backed Korea Development Bank, said it had not yet decided its position on the agreement but it was looking at it “in a positive light”.

HMM had previously been in talks to join the 2M vessel-sharing alliance made up of Denmark’s Maersk Line, part of A.P. Moller-Maersk, and Mediterranean Shipping Co (MSC), the world’s two largest shipping lines.

Maersk said in a statement on Sunday that the cooperation includes Maersk and MSC “taking over a number of charters and operations of vessels currently chartered to HMM,” but it did not give specifics.

The new three-year tie-up, called “2M+H Strategic Cooperation”, is a “slot exchange and purchase agreement”, under which surplus capacity can be shared or traded, HMM said.

The agreement needs regulatory approval and will begin in April 2017.

“For Maersk Line the cooperation will provide new opportunities, not least in the Transpacific trade where 2M gets access to strong HMM products,” Maersk said.