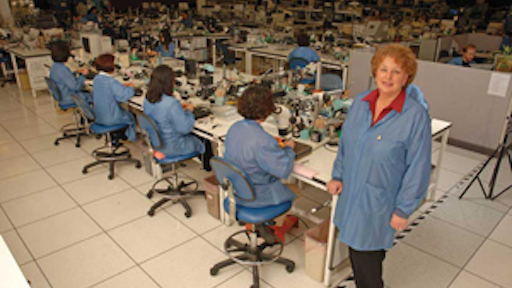 Jane Solomon is the corporate trade compliance manager at the U.S. business of technology company Anritsu. Her compliance automation initiative has saved Anritsu money and time and helped protect its reputation.

As Jane Solomon sees it, automating trade compliance processes is just plain common sense. "I don't know how any company in the long run can afford not to automate to reduce their risk and their exposure to making errors," says Solomon, who is corporate trade compliance manager at the U.S. business of technology company Anritsu.

Fortunately for Solomon, a 19-year veteran with the company and an 18-and-a-half year veteran of trade compliance, Anritsu was an early adopter of technology to automate its export compliance processes, and the company continues to use a Web-based solution from TradeBeam to ensure that its high-tech products only get into the hands of authorized end users and only with the proper licensing. Solomon's recommendations for building the business case for the solution are instructive for other supply chain executives looking to invest in trade compliance automation.

Export compliance has long been a concern for companies like Anritsu, which manufactures network test and measurement equipment for the communications and industrial markets. Many of the company's products fall into the "dual-use" category, with both civilian and potential military applications. U.S. regulations, enforced through the Bureau of Industry and Security (BIS), require Anritsu to screen customers, end users, end-uses and destination countries for these products. In some cases, products may not be authorized for sale to a particular end user, or for a particular end use, although more frequently the company must apply for a license to sell a specific product to a given customer or deliver to a certain country.

Penalties for shipping to a denied party or failing to put in place the proper license can be quite severe, and the government also can hand down fines for providing inaccurate documentation regarding shipments, considered a misrepresentation of fact. Ultimately, the U.S. government can restrict a company's ability to export goods, as exporting is considered a privilege rather than a right. For this reason, accurate screening is essential.

At Anritsu, screening orders is a multi-step process, with up to five different entities on each purchase order — including "build to," "ship to," "sold to" and "end user" — verified at the time of the order, in the event of any changes to the order, prior to shipment and following any delays in the shipment. In years past, in North America alone, as many as 30 people at Anritsu were involved in the tedious task of checking orders against more than a dozen lengthy lists of "denied" parties for potential restrictions or licensing issues. Solomon would periodically fax or e-mail updates to the list to the company's facilities around the world. That process became virtually unworkable after the terror attacks of 2001. "Prior to 9/11, those lists changed at most twice a year. After 9/11, the lists started to change on a daily basis," Solomon says. "And if you've ever looked at these lists, there are hundreds of thousands of names on them. It's just mind-boggling."

As early as 2000, Anritsu moved to automate at least a portion of the screening process when it signed up to use a hosted solution offered by a company called Capstan, later acquired by Qiva, which itself was folded into TradeBeam in 2003. Solomon says that, while she was considering the different types of solutions available for trade compliance, her IT department strongly urged her to go with a Web-based application, which could be treated as a service (a variable, versus fixed, cost) and which could be more easily integrated both with Anritsu's internal processes and with whatever other software or enterprise resource planning (ERP) solution the company used.

As it stands now, a software script embedded in Anritsu's MFG/PRO ERP system from QAD generates XML messages at certain "trigger points" in the order process and sends the necessary data on the product in question and the buyer, end user, end-use country and so on via the Internet to TradeBeam. The TradeBeam software screens the information and returns either an "all clear," sending the order on to the next stage of fulfillment, or an exception alert, which prompts follow-up by Anritsu's compliance staff. A number of sales and order management staff in overseas field offices continue to use a manual process to screen customers through TradeBeam. These employees enter data like the end user's name and address directly into a Web-based application for pre-screening. Otherwise, the screening process is entirely automated.

Solomon estimates that of the more than 1,000 orders that the company processes each month, the TradeBeam system still kicks back between 30 and 50 exceptions per business day. In most cases, the exception either is a "false hit" or indicates that a certain license is required; in rare instances, the system may actually indicate a denied party or country, requiring the cancellation of the order. Thirty to 50 may still seem like a lot of exceptions, but because the process for clearing an exception is considerably less onerous than the previous screening process, Anritsu's compliance staff has seen a significant amount of labor reduction, according to Solomon. "Plus," she adds, "it reduces our risk of making errors because there is an automated process in place that is not dependent on someone's memory of the regulation or their ability to find the appropriate process to follow."

Which brings us to the business case for trade compliance automation. TradeBeam charges a monthly subscription fee to access the service, as well as a per-transaction fee each time Anritsu's employees run an order through the system. While TradeBeam doesn't publicize its rate structure, Solomon says that "it's not cheap, and with restricted budgets, it's a tough sell to the top executives in the company to justify that it's worth spending the money."

Solomon justifies the investment by pointing to both "hard" and "soft" savings. The hard savings have come from the substantial reduction in effort required to handle the screening process. Whereas before as many as 85 employees were involved in the process worldwide at Anritsu, today, in the North American operation, the company's screening process requires just three staffers, including Solomon. The other staff members have refocused on more value-adding activities. Using the solution also positions the company to increase its order volume without having to ramp up the size of its compliance staff, Solomon says.

However, much of the return on investment in a trade compliance solution is going to come in the more fuzzy area of risk reduction. "A good portion of your ROI is not having to pay these fines and penalties, and that's soft dollars rather than hard dollars, because if you've done a good job, you haven't paid fines in the past anyway," Solomon says.

Selling risk reduction involves documenting the cost of different kinds of errors, the compliance manager adds. "It's not just the error of sending a product to the wrong country. You may send a product to a country using the right license, but maybe you filled out the paperwork improperly, and there are also fines and penalties for that." Solomon points out that the risk of non-compliance is rising as regulations become more complex and the restricted party lists become ever longer. The fines for non-compliance are rising, too. In March 2007, for example, ITT agreed to a $100 million fine imposed after the company admitted illegally exporting restricted night vision technology to China, Singapore and the United Kingdom, one of the largest fines ever in a criminal prosecution in the United States.

Nine-figure penalties and front-page coverage in the Wall Street Journal build awareness in the corner offices and board rooms of the cost of potential mistakes. They also make compliance automation a more palatable option for executives interested in staying out of the headlines. "As more and more companies are in the papers for making these errors, it's not as tough a sell," Solomon admits. Still, she continues to see her colleagues in trade compliance at other companies struggling to justify investments in automation technologies at a time when budgets remain tight. "I don't know how they do it," she says of compliance staff still laboring without automation, concluding: "I don't know how we did it in the past. And I certainly don't want to go back to doing it in a manual process."

Did We Reach Peak Offshoring? How Automation Could Impact the Workforce of the Future