How Severe Weather is Damaging our Roadways

The growing number of flooding and wildfire events, coupled with increasing temperatures is causing concern for the efficient transport of goods along our roads and bridges 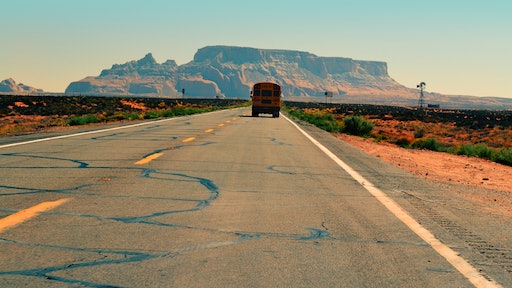 The growing number of flooding and wildfire events, coupled with increasing temperatures is causing concern for the lifecycle of our highways and bridges

Since 1950, the number of record high temperature events in the United States has been increasing. The the number of record low temperature events has been decreasing. The U.S. has also witnessed increasing numbers of intense rainfall events along with disastrous wildfires, both of which are causing scientists concern for our nation's roads and bridges.

Infrastructure networks are the backbone of cities. Ensuring their resilience has become a vital aspect of governing and managing an economically viable and livable city, but climate change is having a large impact on them. Today's roads and bridges have largely been designed and operated for historical climate conditions that are regularly exceeded and these extreme weather events are only making matters worse.

How Flooding is Hurting our Roadways

Flooding is the most common and costly natural disaster in the United States, causing more than $830 billion in estimated losses since 2000. In addition to private property damage, deluges from hurricanes and other storms have washed out roads and bridges and flooded schools, hospitals and utilities. Events like the flooding of Interstate 10 in Phoenix in 2014, the Riverside County I-10 bridge washout in 2015 and Hurricanes Harvey and Maria in 2017 have revealed how vulnerable our transportation system can be to extreme flooding events.

Damages to roads and bridges caused by recent storms and flooding over the first half of 2019 are among the costliest in recent memory. Since January, FHWA officials directed $54.9 million in quick release funds to help states repair roads and bridges nationwide -- roughly three times higher than the $19.8 million awarded during the same period last year.

Climatic and extreme weather conditions affect the roadway infrastructure in a variety of ways and may increase exposure of roads, bridges and rails to environmental factors beyond original design considerations.

Beyond the long term impact to the infrastructure, flooded roadways disrupt the movement of goods in the short term. There are four broad effects of these disruptions:

1.      The most obvious disruption is idle trucks waiting for water to recede from roads and loading docks.

2.       The second effect is the extra shipments of relief and construction supplies.

3.       The third effect is extra shipments and lower productivity due to out of cycle supply chain demands.

4.       Finally, there is simply slow operations due to congestion, circuity and backed up loading docks.

Recently, the California Department of Transportation (CALTRANS) has released new reports on the negative effects of sever weather on the state’s highway system and infrastructure.

The reports, known as Climate Change Vulnerability Assessments, highlighted areas in Northern California and the Central Valley heavily impacted by extreme temperatures and frequent wildfires in recent years. The reports say extreme weather events association with climate change are already disrupting and damaging the state’s roadway infrastructure and has potential for more severe impacts in the future.

A previous vulnerability report conducted for the San Francisco Bay Area highlighted areas vulnerable to wildfire – combined with the resulting land erosion and flooding from storms – along with higher precipitation, sea level rise and storm surges.

That report showed that the 2016-2017 storm season caused severe flooding, landslides and coastal erosion totaling over $1.2 billion in highway damages statewide. Nearly $390 million of those damages occurred in the Bay Area.

A freeze thaw cycle occurs many times a year in northern climates and roadways are typically designed to withstand those changes.  These cycles happen when moisture falls through the cracks in the road during the winter and moisture is frozen in place. When water is frozen, it expands and that causes the cracks in the pavement to grow larger. This cycle continues to repeat throughout winter, with the water being re-thawed sinking further under the road, then re-freezing and causing the cracks to expand even further.

However, as temperatures fluctuate to extremes due to climate change, the impact on our roadways becomes more severe. This calls for a paradigm shift in the approach generally followed for designing pavements.

In the highway environment, the factors of climate, soil, water, pavement structure and traffic are known to interact in freezing and thawing situations to the detriment of pavements. The exact nature of the physical processes that take place and the pavement response to freezing action are not well understood and more research is needed to combat these impacts to our infrastructure.

The America’s Transportation Infrastructure Act authorizes $287 billion over five years from the Highway Trust Fund to maintain and repair road and bridge infrastructure across the country. It also includes language and the funding means to address the impacts of extreme weather events on our roads.

What our future really needs is resilience. According to World Bank, there is a significant economic opportunity from investing in resilient infrastructure: the overall net benefit of doing so in developing countries would be $4.2 trillion over the lifetime of new infrastructure.

The U.S. continues to spend slightly more than one trillion dollars of buildings and infrastructure a year (according 2017 statistics) designed based on codes and standards that do not explicitly account for a changing climate. The impact of which could be felt for decades.

Congress must require that infrastructure investments consider future risks for all aspects of climate change.

By implementing stronger flood safeguards across the federal government, states can limit damage, reduce the need to rebuild after floods and potentially save billions of dollars in the face of these increasing costly storms. That coupled with designing roadways that can better withstand extreme heat and cold will deliver opportunities to extend the life cycle of these expensive assets.