At full capacity, the contemporary 800,000-square-foot facility is expected to create approximately 400 new career opportunities and support more than 1,500 stores in the Midwest. 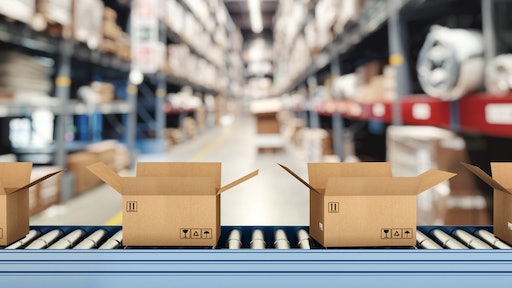 Dollar General announced plans to build a combination dry and DG Fresh distribution center in Blair, Nebraska, representing an approximate $85 million investment in Washington County. At full capacity, the contemporary 800,000-square-foot facility is expected to create approximately 400 new career opportunities and support more than 1,500 stores in the Midwest. Construction is scheduled to begin next month with completion currently slated for early 2022.

“We are excited for the addition of our first-ever, ground-up dual distribution center, which is to be built in Blair, and look forward to expanding our mission of Serving Others in the Midwest,” said Mike Kindy, Dollar General’s executive vice president of global supply chain. “We are grateful for the continued partnerships with Nebraska state and local leaders, particularly Governor Pete Ricketts and Washington County Economic Development Director Mike Rooks, who, together with their outstanding teams, have helped make this project possible. We also look forward to welcoming approximately 400 new Nebraskan employees to our Dollar General family soon.”

“This $85 million investment by Dollar General speaks to Nebraska’s business friendliness and natural advantages as a logistics and supply chain hub,” said Nebraska Governor Pete Ricketts. “The dual distribution center also adds to the tremendous job growth Blair has been experiencing. Thanks to Dollar General for selecting Nebraska to be home to this new facility.”

Dollar General takes a number of factors into consideration when choosing sites for its distribution centers and cold storage facilities, including proximities to DG stores, local business environments and local workforces, among many others.

“We’re proud to welcome the first ground-up dual-distribution site for America’s general store to Blair. Dollar General’s commitment to community is a perfect fit for this region, and Washington County, regional leaders and Dollar General have worked together tirelessly to bring this exciting project forward. Dollar General’s new 85-acre site will be a terrific addition to our local landscape, and we’re excited to send our best workers to fill the more than 400 jobs this outstanding project will create,” said Mike Rooks, director of Washington County Economic Development.