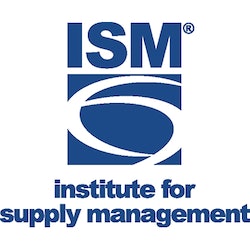 Tempe, AZ  March 1, 2002  The U.S. manufacturing sector turned from contraction to expansion in February, ending an 18-month draught and pointing to an economic recovery already in progress, according to the latest Report on Business from the Institute for Supply Management.

The turnaround marks an end to the second longest period of contraction in the manufacturing sector since the institute began tracking the index in 1948.

ISM (formerly the National Association of Purchasing Management, NAPM) reported this morning that its index of manufacturing activity, called the PMI (for purchasing managers index), hit 54.7 percent in February, rising above the key 50 percent level for the first time since July 2000 and representing an increase of 4.8 percentage points from the 49.9 percent reported in January.

"February signals the turnaround for manufacturing based on a strong PMI reading and an accelerating trend in new orders and production," said ISM Chair Norbert Ore in a statement. "Most of the indexes are heading in the right direction at this point."

Ore added that employment figures were still soft and would probably require a few months of growth before recovering. The ISM Employment Index stood at 43.8 percent for February, indicating that manufacturers are continuing to shed jobs, albeit at a slower pace than in January, when this index stood at 42.6 percent.

The latest figures from ISM follow on the heels of a Commerce Department report on Wednesday showing that orders for durable manufactured goods rose 2.6 percent in January, after rising a milder 0.9 percent in December, an up-tick that National Association of Manufacturers President Jerry Jasinowski called "the first signal that a broad-based recovery is shaping up in the manufacturing sector."

Responding to the latest PMI figures, Jasinowski said, "Coming on the heels of January's increase in durable goods orders, today's report is a supporting indicator that the manufacturing recession is coming to an end."

Jasinowski cautioned, however, that with the dollar at a 16-year high against other currencies and weak GDP growth expected overseas for the remainder of this year, the U.S. economy cannot rely on exports to be a source of growth for manufacturing this year, despite a rise in export orders in February.

The PMI's 18-month stint below the 50 percent reading was the second longest sustained period below that benchmark level in the 54-year history of the index, rivaled only by the 19-month draught that lasted from July 1981 through January 1983.

Also Friday, the Commerce Department reported that personal income grew at a strong 0.4 percent in January, while real consumer purchases rose 0.3 percent in the same month. "This is good news for the economy," Jasinowski commented, "though I expect a pullback in personal spending in coming months as consumers retrench following the unsustainable buying spree in the fourth quarter of last year."

Emry Lloyd introduces herself as the new associate editor for Food Logistics and Supply and Demand Chain Executive. She is a South Jersey native and graduated from Rutgers University in 2021.
Emry Lloyd
January 9, 2023
Follow Us