With the rise of online shopping, distribution and fulfillment operations are moving into new spaces as quickly as they're being built. 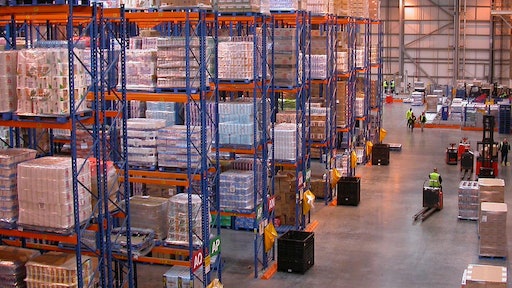 It is projected that this holiday season online sales will be higher than in-store sales, but with those numbers comes limited warehouse space.

The Wall Street Journal reports that the availability of warehouse space has declined in the third quarter by nearly 50 million square feet. With the rise of online shopping, distribution and fulfillment operations are moving into new spaces as quickly as they're being built.

In a CBRE report, the industrial availability rate fell to just 7.1 percent, the lowest it has been since 2000.

The rise in demand comes as companies look to open more centralized warehouse spaces to get the product to consumers more quickly. The National Retail Federation reports that in September major U.S. seaports handled import volume of an estimated 1.84 million 20-foot equivalent units, up 2.7 percent from 2017.

Additionally, impending tariffs are prompting importers  to place holiday orders early, driving volumes in the earlier summer months. However, with 10 percent duties on nearly half of retailer imports from China, the volume will only continue to grow throughout the end of the year.