Manufacturers Have Yet to Bring Factory Work Back to the States

Returning industrial production to the US will remain a challenge as manufacturers adjust their supply chains to new trading. 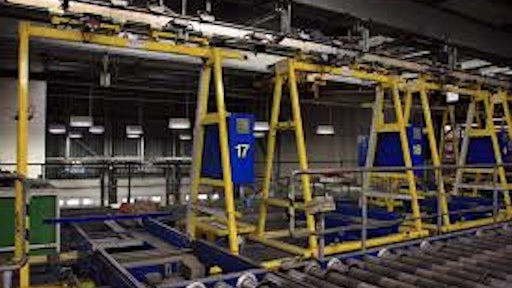 US manufacturers that moved productions overseas have yet to bring factory work back to the country, the Wall Street Journal reports.

A report from business consultancy A.T. Kearney suggests that returning industrial production to the US will remain a challenge as manufacturers adjust their supply chains to new trading.

The Trump administration has made it a goal to bring manufacturing back to the states, however, with the recent trade disputes between America's closest allies, companies like Harley Davidson announced that they were moving production overseas to combat rising prices.

According the the report, US manufactured goods imports from offshoring countries grew faster than American manufacturing output in the last eight years. The Wall Street Journal reports that imports from 14 largest low-cost US trading partner countries in Asia rose 8 percent last year while domestic manufacturing grew only 5.6 percent.

Reshoring has been hyped up for the last five years, but it hasn't happened yet, the Wall Street Journal reports. Trade deficit has narrowed exports surged and import growth slowed recently in the US, but the trend isn't expected to last by economists.

The Wall Street Journal reports that retail imports at the nation's top ports are expected to reach record levels this month. In June, imports rose an estimated 6.8 percent from last year.

Many companies have delayed major supply chain decisions due to trade disputes and pending tariffs. However, if companies to decide to place factories in the US to simplify global supply chains, it would take an extended amount of time.