The tween mall staple has become the latest victims of the retail apocalypse. 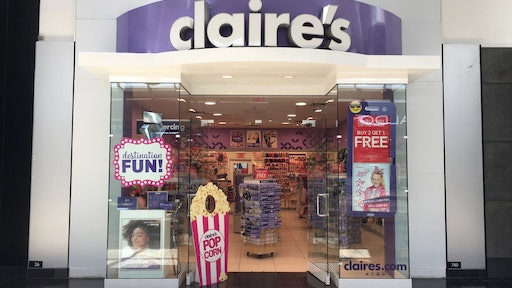 Mall staple for accessories and ear piercing, Claire's, has filed for chapter 11 bankruptcy.

The company has reached an agreement with creditors to restructure its $1.9 billion debt.The company is relying on one thing to help level the playing field that e-commerce cannot provide: ear piercing. The company estimates that it has pierced over 100,000,000 ears worldwide since it was first implemented in stores in 1979.

Chief Executive Officer Ron Marshall has been trying to revive Claire's North American operations as foot traffic in malls has decreased 8 percent year-over-year. The task was hindered by payments on its debt load and efforts to tame its liabilities, including a debt exchange in 2016 and a refinanced credit line last year, didn't do enough to bolster cash.

Apollo took Claire's private in 2007 and exchanged around $183.6 million of debt in the company as part of the 2016 transaction.

Claire's agreed to a restructuring plan with a group of creditors led by Elliott Management and Monarch Alternative Capital and will provide the company with about $575 million of new capital, including a $250 million first lien term loan.

A voluntary Chapter 11 filing typically allows a company to keep operating while it works out a plan to turn the business around and pay its creditors. Claire's hopes to merge from Chapter 11 in September with more than $150 million of liquidity and to reduce its debt by about $1.9 billion.