The world’s biggest container line said it can no longer get cargo to Qatar after Saudi Arabia and a group of neighboring countries blocked transport to and from the Gulf state. 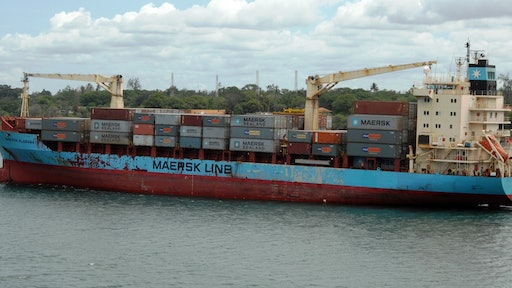 A.P. Moller-Maersk A/S, which owns the world’s biggest container line, said it can no longer get cargo to Qatar after Saudi Arabia and a group of neighboring countries blocked transport to and from the Gulf state.

Though the situation remains “very fluid,” with updates expected throughout the coming hours, Maersk Line expects “disruptions to our Qatar services,” spokesman Mikkel Elbek Linnet said in an emailed statement to Bloomberg on Tuesday. For now, “we have confirmation that we will not be able to move cargo to or from Qatar,” he said.

On Monday, Saudi Arabia and three regional allies—the United Arab Emirates, Egypt and Bahrain—accused Qatar of supporting a range of violent groups, from proxies of Shiite Muslim Iran to the Sunni militants of al-Qaeda and Islamic State. The group of countries suspended flights and sea travel to Qatar, ordering Qatari diplomats and citizens out.