How Technology Like Pokémon Go Could Capture Supply Chains

Augmented reality lets users interact with virtual images and data imposed on maps of images of actual locations and objects. 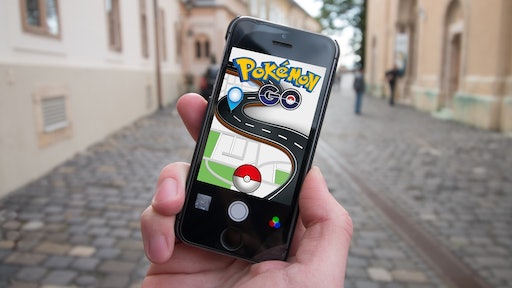 One day in the not-too-distant future, truck driver Jane Doe arrives at a multi-facility logistics park for a pickup. A tablet mounted on her dashboard has a three-dimensional map of the facility on its screen and, as she arrives at the gate, several icons appear. One shows her which building and dock door to proceed to, and provides driving instructions to the exact location.

At the loading dock, she removes the tablet from its mount and points it at the freight waiting to be loaded, automatically switching on the device’s camera. Data begins to appear on the image of the freight she sees on screen, telling Doe its weight, dimensions and destination, as well as any special requirements. The system also tells her how long it will take to load that freight and gives her a departure time. A digital bill of lading pops up that requires her thumbprint—and she’s good to go.

If that imaginary logistics application sounds a bit like Pokémon Go, the wildly popular game developed by Niantic Inc. that overlays a virtual world of fictional creatures onto maps and images of the real world using mobile phones and digital cameras, that’s because its concept is based on the same augmented reality (AR) technology behind the success of the game. As its name implies, the technology augments or adds to reality by allowing users to see or interact with virtual images, sounds, and data imposed on maps of images of actual locations and objects. That’s driving growth in gaming, but it won’t be long before AR finds broader use in everyday life. The integration of AR into healthcare, the workplace and commerce is already underway.

A surgeon at a Chinese hospital is testing the use of AR in minimally invasive surgery, for example, overlaying data on images of (non-human) organs. More prosaically, San Diego-based Jerome’s Furniture is using an AR app to help customers visualize what chairs and sofas would look like in their homes before they decide what to purchase. Israeli company Cimagine, which developed the AR system for Jerome’s, is helping retailers build AR showrooms and vendors, such as Coca-Cola, sell more product with augmented sales tools. Russian company Mobile Angels developed an AR mobile app to help skiers safely navigate ski resorts. If AR can hit the ski slopes, why not the supply chain?