Three Lessons for Merchandising Success Ahead of Labor Day

Quri's Summer of Merchandising service gives merchandisers a look at in-store performance both on- and off-shelf. 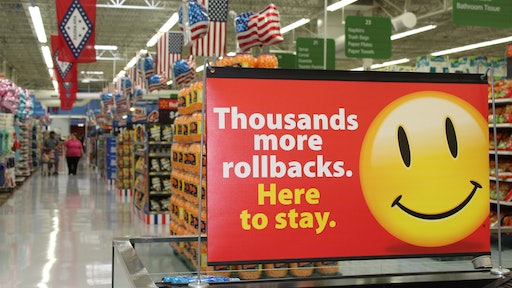 Quri has been tracking merchandising performance both on- and off-shelf for 45 brands in 14 categories at Wal-Mart and Target stores for 16 weeks—from Memorial Day to Labor Day.

Quri, a leader in Performance-Driven Merchandising, is announcing critical lessons learned from its Summer of Merchandising data, giving brands the keys to drive return on investment (ROI) ahead of Labor Day. Quri has been tracking merchandising performance both on- and off-shelf for 45 brands in 14 categories at Wal-Mart and Target stores for 16 weeks—from Memorial Day to Labor Day. Results show that, by making key adjustments, merchandisers could see up to a 5 percent sales gain and close out the summer strong.

Quri's data indicates that nearly every brand in the study had significant gaps in OSA during key summer weeks. For example:

A 2 percent drop in OSA typically results in a 1 percent loss in sales. For highly seasonal categories, it is imperative to maintain strong levels of OSA in order to capture full ROI during this critical period.

"In an industry challenged for growth, uncovering a significant and highly achievable growth opportunity is welcome news," commented Justin Behar, CEO and co-founder of Quri. "Through routine reporting based on what shoppers actually see on-shelf, leading brands are increasing OSA levels on a store-by-store basis by both fixing routine execution problems and diagnosing more systemic forecasting issues."

Maintain summer displays routinely for incremental sales and share gains. There is a tendency to set and forget summer displays when, in reality, these need to be maintained routinely. Quri found that from Memorial Day through July 4, display coverage dropped 41 percent to 21 percent overall. For seasonal brands under time restraints to maximize ROI, coverage fell from 61 percent to 30 percent. This highlights missed opportunities to capitalize on promotional spending for increased incremental sales throughout the summer.

Every three points of display compliance lost, typically results in a 1 percent loss in sales, making it imperative to maintain strong display execution throughout the summer promotion period.

If armed with a real-time, quantified shopper view of stores, innovative manufacturers can instruct retail execution teams on where to go and what to do routinely at the store level and avoid sales loss. Additionally, these consumer packaged goods (CPG) brands are not only maximizing return on spend from trade promotion, but also gaining share relative to competitors who fail to keep pace.

Lesson #3: Get those Displays Out of the Home Aisle!

Displays that are interesting and appealing, and clearly communicate the product are far more profitable when they disrupt shoppers outside the brands' home aisle.

"Customers like Target and Wal-Mart are more likely to execute on a brands' promotion plan, as intended, if they understand the ROI that's in it for them," commented Behar. "Brands that consistently show customers the benefits of a quality location see much better results from their promotional spend."

Quri's Summer of Merchandising service is a free industry offer, giving merchandisers and major CPG brands a close look at in-store performance both on- and off-shelf of 45 brands in 14 categories at Wal-Mart and Target stores from Memorial Day to Labor Day.