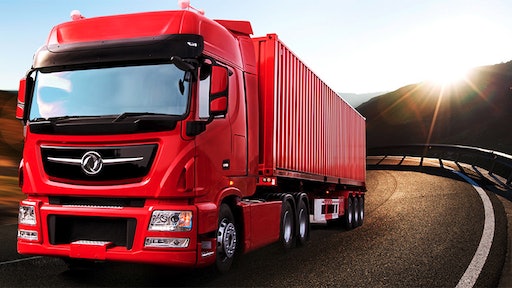 Plano, Texas—August 15, 2014—The truck market is an excellent barometer for assessing the health of the global economy. This small but significant segment of the automotive industry provides transportation for all consumer and industrial goods by complementing other means of conveyance or by supporting the entire logistics chain.

However, even though trucks represent a relatively small slice of the transportation market, they play an outsized role in energy usage and emissions. For instance, in 2010 heavy-duty trucks represented only 4 percent of registered vehicles in the United States, but accounted for approximately 25 percent of on-road energy use and greenhouse gas emissions. It is, therefore, not surprising that truck manufacturers followed the lead of the automakers by shifting toward greener vehicle designs.

Currently, nearly 60 percent of the energy contained in the fuel of a heavy-duty truck is wasted in the engine through pumping, friction, cooling and exhaust losses. Moreover, considering that fuel is the main expense for the truck fleets, the payback period for energy-efficient technologies is sometimes less than one year, which is five to 10 times faster than for cars. Thus, heavy-duty truck manufacturers, like their counterparts in the car industry, are accelerating their efforts to develop efficient energy recovery concepts.

One of the most promising approaches for the truck industry is the exhaust heat recovery technology with a Rankine cycle system. In a closed Rankine cycle loop, the working fluid, heated by exhaust gases, turns into vapor. Then the fluid vapor runs a turbine, which can be directly linked either to the crankshaft of the engine or to an electric generator. In spite of controls and design complexity, there is rising interest in this technology because it would allow truck producers to improve overall fuel efficiency by approximately 5 percent.

To meet the strong demand of its domestic market, DFCV seeks to optimize the diesel engine development cycle while reducing the number of prototypes and the use of test benches in the early design phases. Acknowledged as a transport service partner in China, DFCV is currently working on engine fuel efficiency to optimize freight transportation patterns. The Engine Development Department of the DFCV Technical Center is dealing with increasingly complex control strategies that make it possible to optimize engine thermal management. In order to maximize engine fuel efficiency, the engineers of the Performance and Controls Section have to answer a number of questions, such as “What is the best way to optimize fan controls to save fuel while maintaining cooling performance?” and “How could a controlled thermostat or water pump improve the cooling system performance?”

“We needed a simulation tool that would allow us to understand all of the technical issues of a complex system, such as an engine, by modeling its combustion, cooling and lubrication subsystems, and then integrating these subsystem models into the entire vehicle model,” said Zhang Xin, a controls engineer in the Performance and Controls Section of the Engine Development Department of the DFCV Technical Center.

“Using LMS Amesim, we now assemble all engine subsystems in one model in order to test controls strategies to assess fuel consumption via co-simulation between an LMS Amesim and Simulink models,” says Xin. “We can not only analyze the fuel efficiency of our existing architectures, but also capitalize and re-use the same model to optimize current designs.

“With LMS Amesim, we reduced our development costs significantly because we no longer need to use a test bench to validate our controls strategies.”

To stay in the global fuel-efficiency race, DFCV is currently investigating energy recovery technologies, such as a Rankine cycle-based system.

The Rankine cycle concept requires even more complicated controls strategies and its behavior must be analyzed separately at first, and then integrated into the complete vehicle simulation model to assess the system performance on multiple driving cycles.

“We believe that our simulation approach, supported by LMS Amesim, contributes strongly to our future competitiveness,” said Xin. “Our research and development activity around the Rankine cycle technology wouldn’t be possible without the two-phase flow library of LMS Amesim, as well as other predefined and validated multi-domain LMS Amesim components, which allow us to analyze the effect of this innovative approach under real driving conditions before the first prototype is produced.”