Within the first month, north of 1 percent of transactions at participating merchants were completed via Apple Pay 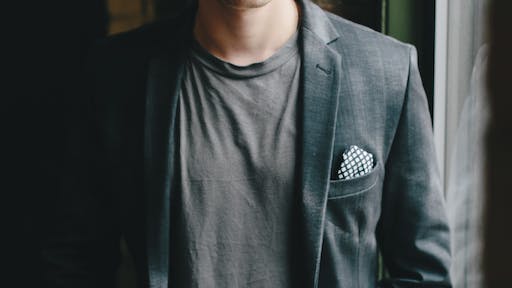 Who thought that there would be such an explosion of payment methods and platforms 10 years ago? Just a few years ago, people doubted the use of plastic as a means of payment. Look where we are now. And so the tides are turning yet again with mass adoption of near-field communications (NFC) technology. Is it new? Not really. NFC technology has been around for quite a while. But the application and mass adoption was not present. Think Google Wallet for a second. It has been around for a long time, so why has it not taken root? Because there was no consistent experience. How would you know what merchants accepted Google Wallet and which phone had that capability. Plus, why not just pay with my credit card? I mean I carry it around with me either which way.

The consumer experience changed completely in late 2014 when Apple launched Apple Pay (AP). How is it different than the older platforms? Simple—one consistent and seamless experience across a consumer base that evangelizes the product as is. Fact of the matter is that within the first month, north of 1 percent of transactions at participating merchant’s locations were completed via Apple Pay. Think about it briefly. Within 30 days, more than 1 percent, equating to millions upon millions of dollars, of transactions were completed with Apple Pay.

Needless to say, this resulted in a fair amount of scrutiny around the security of such a payment method. In reality, mass adoption created stress in a system that was and remains outdated: the payments ecosystem. Nonetheless, these are small bumps in the long road of payments innovation. And of course, as a result of AP’s initial success, all other companies that were either in the payments or mobile ecosystem got a kick in the butt to start creating something as soon as possible.

In the world of payments, there are the winners and the losers (relatively black and white), all defined by user adoption. The more widely adopted AP becomes, the more it becomes the norm. Now we have gone from cash or credit to “Why don’t you accept Apple Pay?” But what about the other half of the smartphone market that uses Android and the small percentage on the Windows Operating System (OS)? The more AP becomes adopted, the more likely a user of Android or Windows would consider switching to the Apple OS. So of course, it is within the interest of Windows or Android to come out with a unified experience for an NFC payments-enabled platform.

Looking at the market, the major players to look out for are: Apple Pay, Android Pay, Samsung Pay and Windows Pay. Outside of AP, the others are followers in the market, regardless of how long they were researching or developing the product. The first to market is the market creator. Furthermore, if the experience is exceptional, in the world of payments, the first to market is the one who owns it. According to Panera, one of the early adopters of Apple Pay, approximately 80 percent of the contactless payments happened through Apple. Apple is the only player in the market with millions of users.

Let’s take a look at the company that is latest to the market. Windows recently created a company filing for Microsoft Payments, Inc. Yes, that means that it is going forward with creating its own payments platform. Windows secured agreements with the majority of card networks and is prepared to get going with its new Windows OS that is enabled with NFC + HCE, similar to the iPhone 6 and 6+. Just to clarify, NFC is the tech that allows transactions to be contactless, whereas the HCE is the security hardware in the phone that keeps your credit card information just that—yours.

But the fact of the matter is that Microsoft is a follower, not a leader, in the space, regardless of how long it was planning for its release of the payments platform.

So now let’s take a look at the market:

Just like with credit cards, you need the the plastic to make a payment. Despite having only 20 percent of the market, iPhone owns the world of NFC payments … for the time being. We know from countless studies that iPhone users are more engaged and statistically are willing to spend more. It makes sense for Apple to own the space right now. Regardless, with the undeniable lead that Android has in its user base, these numbers can very easily skew in Google’s favor.

In reality, everyone in the world of payments can be a winner if they own the ecosystem and build out their tech stack properly. Google, Apple and Microsoft all seem to have their tech under control. Furthermore, if consumers have their phone, they become that person’s contactless payments portal, hence they own their own ecosystem. So the true battle is not contactless-payment enablement, but user acquisition, retention, and most importantly, activation. Once a consumer loads in his or her card, then it becomes “why not use it” rather than “ugh … do I have to?”

So we know now that it is possible to pay for groceries with NFC and that people like doing so. This trend is rising, with more transactions becoming contactless. But what are some other interesting applications for contactless payments? The apps within the Apple ecosystem that enabled Apple Pay are undoubtedly seeing greater transactions. Why? Because, instead of needing to load in your credit card for each app separately, your iPhone loads your Apple Pay account in instead. This can make the difference between an impulse purchase vs. an abandoned shopping cart. Extrapolate this a little further and you see that the winner in this arena will be the company that has the biggest app ecosystem. (Small hint: Apple) Windows is far from being a bigger player in the arena for the time being.

Now let’s look a little further down the line: the Internet of Things (IoT) is the next wave of NFC payments implementation. We are starting to interact with our physical environment through our mobile devices in new ways. In many cases, this interaction may entail finding things based off of barcodes, visual and audio cues, or some other unique identifier, and buying them right then and there. Imagine this: You are walking home on your way back from the gym with your iPhone, Android or Windows 10 phone, and you realize you are running low on protein shakes. You scan the barcode of that shake, pay with your fingerprint or passcode, and have it delivered to you within a couple days. (Or even that same day.) That is just the beginning.

Is Microsoft Payments and the Windows 10 phone a huge uncovering? Not really. They are following a market that is obviously showing immense potential. It is up to each player to acquire as many users as possible, while providing an amazing user interface/experience (UI/UX) that leaves the consumer wanting to do it again. Then it depends on the ecosystem of apps and integrations that each company can enable to truly define who will be the leader in the world of contactless payments. Exciting times, indeed.

Propane vs. Electric: How Do These Energy Sources Compare?

General retail and wholesale claimed the largest share of the 100 leases, followed by e-commerce-only occupiers and food and beverage users.
CBRE
January 20, 2022

Automation has become an essential tool e-commerce businesses should embrace, especially as their operations scale and become more complex.
Linnworks
December 31, 2021
Follow Us