The survey discovered electronic payments is the preferred method of payment and is close to replacing paper checks. 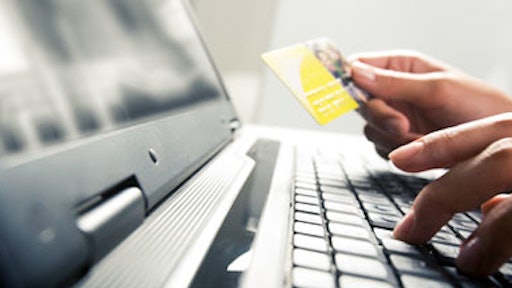 Viewpost, a business-to-business (B2B) network for invoicing, payments and real-time cash management, announced results from its The Check’s No Longer in the Mail Study, which surveyed entrepreneurs and finance professionals in companies with annual revenues ranging from less than $5 million to more than $500 million. The survey, fielded to nearly 3,000 U.S.-based businesses from September 29 to October 7, 2016, discovered electronic payments is the preferred method of payment by a majority of professionals (51.6 percent) and is close to replacing paper checks as the No. 1 method of payment (paper at 37 percent versus electronic at 35 percent) for businesses—highlighting a migration that is helping to solve age-old problems with using antiquated payment solutions.

When asked to describe their average payments portfolio, executives described the average output for their companies as follows:

Bank Account Connected to Payables and Receivables: A Pipe Dream?

Checks Still Are Being Used by 100 Percent Surveyed

All entrepreneurs surveyed (100 percent) admitted they still write paper checks for their business, with the No. 1 reason (41 percent) being that some suppliers don’t accept electronic payments. One in five entrepreneurs said they trusted paper checks because there are no hidden fees. One in 10 said paper checks created a better paper trail. Other reasons for sticking to paper included ease (8 percent), floating checks when short on cash (1.8 percent) and not trusting technology (1.5 percent).

Reactions to Checks and Getting Paid

Nearly three out of four entrepreneurs (74 percent) had a gut reaction to “the check’s in the mail.” The most popular sentiment when hearing that promise was the wish that they could digitally track the payment online like a FedEx package (37.6 percent), followed by the desire to call the person’s bluff by requesting a check number and postage date by phone (19.4 percent). Nearly one in five entrepreneurs (18.5 percent) admitted to asking other suppliers if they had a similar experience, charging interest, and stopping shipment or withholding services.

Nearly three out of four entrepreneurs (74.6 percent) said there were more important things than getting paid when it comes to work. Almost half (48 percent) cited doing a good job. Nearly one in 10 said getting training and learning (8.36 percent), getting recognition (8.06 percent), and being a good manager (8.06 percent). A small percent (2.09 percent) said getting a promotion was more important than getting paid.

“Our survey data clearly shows that traditional invoicing—and the entire antiquated, old-school payments process—is a big pain point,” said Max Eliscu, CEO of Viewpost. “Quite simply, businesses must have greater knowledge and deeper visibility when it comes to cash flow management. The Viewpost network and its partnerships with a growing number of the nation’s largest financial institutions address these needs to enable a new era of frictionless commerce. We’re empowering all firms of all sizes to take control of their cash flow destiny, freeing them to focus on serving customers, rather than chasing down invoices, bills and payments.”

Payments Make the Switch to Plastic