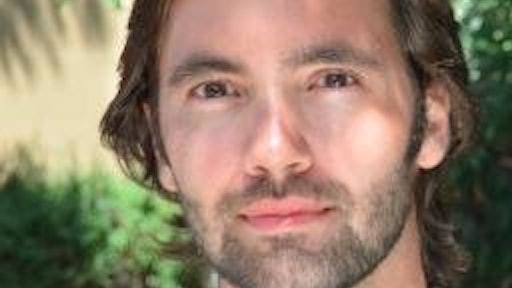 Using social media to boost retail sales is expensive. Facebook commands $3 to $8 for a single click, and it can charge as much as $16 for a click from a member of a sought-after segment. Since the profit margins in retail are much lower, it’s incredibly important for retailers to use social media efficiently and get as much value as possible out of their campaigns.

The social media strategies and tactics below prove most effective at giving retailers the most bang for their buck.

Twenty percent discount offers and buy-one-get-one-free offers are standard: They reliably increase conversions and virtually every retailer knows how to make them. But they’re far from the only option.

YouEye is currently helping companies better understand the relationship between digital ads and in-store purchases by testing the notion of a social offer. For example, instead of simply offering a 20 percent discount, a retailer’s social media campaign could offer a discount to customers who bring friends to the brick-and-mortar store. Social offers have the dual benefit of introducing new people to the retailer and making it more likely that people buy more, as order values for in-store purchases are often higher.

What influences consumers’ purchasing decisions more than any other form of digital content? Online ratings and reviews, according to a 2013 Cisco study of 5,000 shoppers across five countries. As a form of social proof, reviews have a big impact on shoppers; knowing that other people like a product makes a shopper more inclined to buy it.

Still, the typical written review with an accompanying star rating looks a bit lackluster in 2015. Retailers can communicate social proof and build trust much more effectively by allowing customers to incorporate social media into their reviews. For example, Modcloth, an online clothing retailer, allows reviewers to add photos of themselves wearing the items they bought. It’s one thing to read that a pair of pants fits perfectly; it’s another to see a real customer—not a model—making them look good.

Most retailers rely on data from their e-commerce back ends to see what types of purchases shoppers make and suggest new items. But there’s a wealth of information on social media that can make recommendations much more powerful—and it’s largely untapped.

The Facebook Like button is one of the most popular forms of social media integration in e-commerce. Most retailers use it to encourage shoppers to share products with their Facebook friends, but that little button has the potential to make recommendation engines more effective, too. If certain items are popular on Facebook, retailers can leverage that momentum by recommending those items on their digital storefronts.

4.) Use Social Media to Understand Your Competitors’ Customers

In saturated markets—like banking—competitors fight tooth and nail to gain ground. Although companies in these markets typically have high customer retention scores, they also have low net promoter scores. Paradoxically, few people are willing to switch, but few people are happy with what they’re receiving.

Companies in these markets typically encourage their happiest customers to promote them, but retailers are also seing results from communicating with their competitors’ customers. For example, a retailer could monitor its competitor’s Twitter handle, look out for specific customer complaints, and approach those customers with CTAs tailored to their grievances. This tactic helps alleviate customers’ fear that switching companies is difficult and not worth the effort.

A surprising finding came to light when YouEye studied e-commerce growth in Asia: Growth is lagging in Singapore, one of the wealthiest countries in the region. The reason? Singaporeans see shopping as an important social experience; sitting in front of a computer and ordering a few items doesn’t really cut it there.

Though the social aspect of shopping may not be as obvious in the United States, it’s undeniably a part of our culture, too. The throngs of shoppers who head to malls on the weekends show that shopping is more than just a means to an end—it’s an event unto itself. When people make purchases with their friends, they feel a sense of social validation, which leads to increased order values and decreased return rates.

Right now, most retailers are almost entirely focused on maximizing their conversion rates. No retailer really knows what social shopping looks like online—and retailers that tackle the social shopping challenge fastest will be miles ahead of their competitors. Creating a truly social experience will require retailers to more deeply incorporate social media into their e-commerce websites; retailers will also have to redesign their e-commerce websites in ways that allow friends who are physically far apart to feel like they’re at a store together.

Do It For The Gram: Consumers are Buying Clothes for Social Media Posts and Returning Them