Companies looking to maintain profitability within their parcel supply chains will walk an increasingly fine line relative to determining the most cost-effective way to adequately service their customers in 2013. 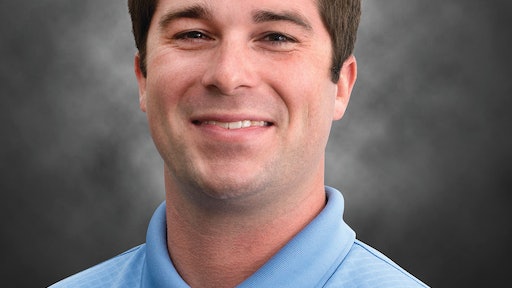 Benjamin Franklin once said “The only things certain in life are death and taxes.”

It’s safe to say that Ben didn’t ship small parcels. If he did, surely he would have added FedEx and UPS annual rate increases to his short list of life’s inevitable occurrences.

As is customary, both major parcel carriers will increase the price for their services as we enter a new calendar year.

How much those prices will rise, however, is far less certain and heavily dependent upon a parcel shipper’s unique package characteristics.

Each carrier announced an average increase of 4.9 percent on ground services, derived from a 5.9 percent base increase, minus a one percent point reduction in fuel surcharge. UPS air services will spike a net average of 4.5 percent and FedEx Express will jump a net average of 3.9 percent.

Find a gambler who bets based upon the law of averages and chances are he won’t be at the table long.

The truth of the matter is that an individual shipper’s ground rates could go up as much as 8.9 percent. Shipments weighing less than 35 pounds will receive an average increase of 6.8 percent—not 5.9.

So just how many 73-pound ground shipments does your company move from Chicago to Wounded Knee, South Dakota (1.7 percent increase)?

Need an ibuprofen? You might need one when it comes to factoring in the zone 2, 1 pound minimum.

The composition of these increases is no accident—it’s an algorithm. With the economy struggling to recover, these service providers are looking for ways to remain profitable too. But they’re doing it by raising rates on more profitable services—the same services that shippers are looking to “trade down” to as a means of saving money themselves.

FedEx executives blamed this customer behavior for negatively impacting the company’s margins during an October announcement outlining plans to implement cost-cutting initiatives and improve profit by $1.7 billion during the next three years. Less than a year prior, FedEx made headlines after posting a record $497 million quarter, which CEO Fred Smith said was the result of “strong demand for FedEx Home Delivery and FedEx SmartPost services,” the services most companies are trading down to.

It’s a cutthroat technique employed by major carriers to keep profits pouring in.

Companies looking to maintain profitability within their parcel supply chains will walk an increasingly fine line relative to determining the most cost-effective way to adequately service their customers in 2013. If they chose to maintain a premium service, they’ll pay a premium. And if they trade down, they’ll now pay more than ever for a lesser-grade service.

While the lack of competition within the industry doesn’t completely prevent companies from abandoning their long-term contracts to leverage better pricing, strong-arm tactics employed by UPS and FedEx—like forbidding the use of third-party intermediaries to help stop the bleeding—has decision makers in every industry scared stiff.

Despite providing millions in annual revenue to the carriers, individual shippers are being notified that they are forbidden to obtain representation during contract renegotiation—the basis of a suit alleging collusion.

While threats to punish companies that disobey with published rates or by closing the doors on their partnership altogether are generally hollow, they often result in the desired outcome.

In a country of free enterprise, such “taxation” without representation has been known to cause a revolution. It appears that it may take another one in order to level the playing field.

High-level examination of the numbers necessary to arrive at the advertised averages, clarify the true objectives of the general rate increase.

And the explanation is rather, well, certain. It really is all about the Benjamin’s.