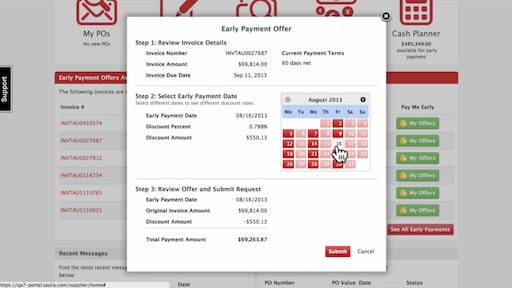 A very successful international chemical and textile company is a leader in its field, with almost 10,000 employees, 40 manufacturing plants and the knowledge and innovative approach to accumulate thousands of patents. Still, there were problems that afflicted Procurement and Accounts Payable (AP).

AP, for example, needed to streamline its invoice and payment process that was predominantly paper-based. Once received via postal service or e-mail, the staff had to scan and review them to determine which purchase order (PO) they posted against, a time-consuming, labor intensive effort that cost time and resources. This, in turn, led to procurement having to resolve invoice/payment inquiries because AP wasn’t able to do the information match. The procurement team had to spend its time trying to chase down a PO or correct pricing information.

Needless to say, all of this affected the company’s many suppliers who required better visibility into the payables process for the company to reduce operating costs and inquiry calls. Discount opportunities were missed because suppliers couldn’t automatically request to be paid early at any time; they needed to have a pre-negotiated discount term with procurement. Finally, only one-third of suppliers enrolled in the previous portal after 10 years, with very few of them actually active.

The company turned to Taulia, a San Francisco-based provider of cloud-based invoice, payment and supplier financing solutions. The solution, which took 16 weeks to implement, was three-fold, covering supplier financing; e-invoicing and an improved supplier portal.

On the supplier financing side, Taulia introduced Dynamic Discounting and Supply Chain Finance Plus, allowing the suppliers to choose to fund their early payment program with their own excess capital or the capital of a third-party financial institution. Supplier financing allowed the company to increase profitability, offer uninterrupted early payment discounts to the entire supply chain and, when a priority, eliminate any Days Payable Outstanding impact from paying their suppliers early.

Aside from saving time and effort, the conversion to e-invoicing offered a number of electronic ways to get their POs delivered, including full delivery via Taulia, as well as options for suppliers to submit non-PO based invoices.

The revised supplier portal allows 24/7 access to invoices and POs directly in the Taulia portal so supplies can communicate with the company on those transactions to assure they are correct, confirmed and processed accurately. Suppliers can submit their invoices electronically and track the approval and payment status, eliminating the most common sources of friction between the company and their suppliers: “Did you receive my invoice” and “When am I going to get paid?” The portal also allows suppliers to easily make vendor master changes.

Invoices now are processed in less than one day (instead of seven). After a year, the company has enrolled almost 80 percent of its supplier base (as opposed to 33 percent in the prior 10 years with the previous portal) and has paid more than $51 million in invoices early, giving suppliers access to cash when they need it most. In addition, they’ve realized a 50 percent improvement in their discount capture and have nearly doubled their overall discounting with suppliers.

Changes of this magnitude often cause problems within a company, however this one had executive buy-in to make things easier. The project was led by the Chief Procurement Officer who collaborated closely with AP, making its acceptance run smoothly because of well-defined vision at the top. And having procurement lead the way also helped the overall success because the procurement team has the best relationships with suppliers and was able to easily communicate the solution benefits. 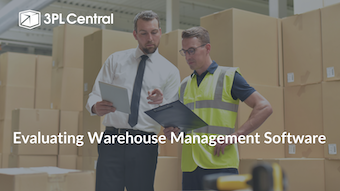 Buying software shouldn’t be hard. Get the Complete Guide to Evaluating Warehouse Management Software for checklists on the six stages of buying a WMS.
September 1, 2021
Latest

Due to a sustained increase in order volume surges, emerging technologies in the warehouse will continue to rise throughout 2030.
ABI Research
September 23, 2021