There are no internationally agreed upon minimum supply chain security standards 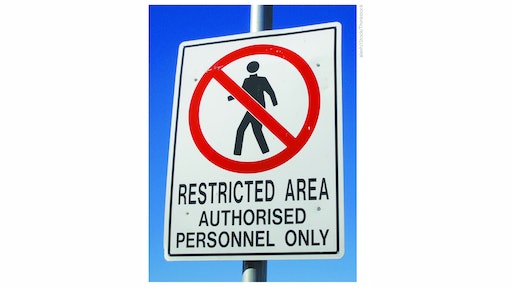 It’s no secret that the world’s ports play a key role in the movement of goods around the globe. According to the United Nations Conference on Trade and Development (UNCTAD), about 80 per cent of global trade by volume and more than 70 per cent of global trade by value are carried by sea and handled by ports. In the United States alone, hundreds of billions of dollars flow through the ports.

“This productivity is the result of complex cooperation among sectors,” Willis continued. “Transportation firms physically bring freight to and from ports via water, road and rail. Local law enforcement, the U.S. Coast Guard, and U.S. Customs ensure trade occurs safely and in accordance with U.S. laws. Banks, brokers, and freight consolidators make sure that shippers needing goods can contract with manufacturers or suppliers who have them and carriers who can transit them. These interactions make the freight supply chain of the U.S. one of the most efficient and rapid in the world.”

Clearly, there is a lot to protect and it’s a function of government, port authorities and private industry. Think of the security issues: nuclear and radiological materials, explosives, terrorism, theft, smuggling, and cyber security to name just a few.

Matt Frowert is Director of Marketing for Finance and Government Services at Tyco Integrated Security. His group covers security solutions for federal government and contractors, as well as aviation and port security. He says access control systems are a good place to start.

“You have to make sure all the people in the supply chain at the ports are properly credentialed. TWIC [Transportation Worker Identification Credential] Is a TSA [Transportation Security Administration] and Coast Guard initiative in the United States.”

The TWIC program provides a tamper-resistant biometric credential to maritime workers requiring unescorted access to secure areas of port facilities, outer continental shelf facilities, and vessels regulated under the Maritime Transportation Security Act of 2002, or MTSA, and all U.S. Coast Guard credentialed merchant mariners. Those seeking unescorted access to secure areas aboard affected vessels, and all Coast Guard credentialed merchant mariners, must obtain a TWIC. To obtain a TWIC, an individual must provide biographic and biometric information such as fingerprints, sit for a digital photograph and successfully pass a security threat assessment conducted by TSA. As of May 2014, there were 2.99 million people enrolled in the program.

The MTSA actually was enacted by Congress as the U.S. implementation of the International Ship and Port Facility Security Code (ISPS). It requires vessels and port facilities to conduct vulnerability assessments and develop security plans that may include passenger, vehicle and baggage screening procedures; security patrols; establishing restricted areas; personnel ID procedures; access control; and/or installation of surveillance equipment.

To help organizations secure their perimeters, Frowert says, TycoIS uses what is calls a “4 A’s” framework: Assessment, Access, Alert and Audit. “Assessment is a security review of the system, processes and people; we match them up to threats. Access is electronic locking systems for doors and other entry places, including vehicles, lobbies and turnstiles. Alert is basically a video surveillance system. Analytics triggers alerts that the operator views in real time and decides how to respond. Audit is the electronic trail of evidence: video, [misuse of a] key card to get to part of the premises they shouldn’t be in, or someone trying to take [the system] down. It helps law enforcement.”

Unfortunately there are no real standards for supply chain security. The American Association of Port Authorities (AAPA, an alliance of the ports of Canada, the Caribbean, Latin America and the United States) strongly recommends a framework of minimum standards that can be adopted worldwide

On its web site, the AAPA says, “While the [Department of Homeland Security] has attempted to address supply chain security under various [U.S. Customs and Border Protection] programs, the reality is that no internationally agreed upon minimum supply chain security standards have been established. Without this global baseline, and a method of either enforcement or rewards, supply chain security is largely voluntary with little chance of truly enhancing security.”

In fact, government funding for port security programs declined from $389 million in 2008 to $100 million in 2014, Rand’s Willis said during his Congressional testimony. “There is general consensus that priorities for the port security grant programs should be based on risk. Unfortunately, reliable methods for measuring risk at ports—especially terrorism at ports—remain elusive. Yet, greater reliance on local risk assessments in the award process could make ports more secure.”

AAPA stresses that more, not less, funding is necessary. “AAPA is concerned that drastic cuts in recent years to the Federal Emergency Management Agency’s (FEMA) preparedness grant programs, and in particular to the Port Security Grant Program, threaten the ability of our nation to maintain or expand our current level of security.”