Why is implementation so tough and how do you get close to one forecast? 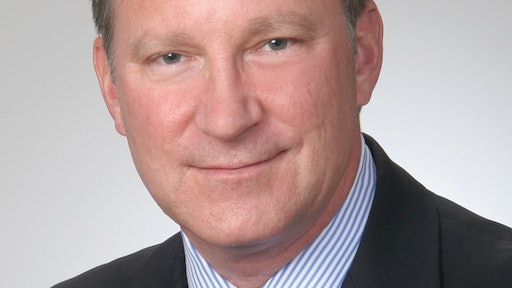 Sales and operations planning (S&OP) continues to be a challenging process to implement for many companies. Just the idea of getting to “one forecast” for the business is fraught with inherent problems that include conflicting objectives, differing terminology and frustrating resistance to share information.

Having worked with consumer products executives for more than 20 years, I called upon the food manufacturing leaders that I know to help frame up why implementing S&OP is so tough and what worked to get as close as they can to “one forecast.” What’s obvious is that success with S&OP takes time and a lot of consistent effort, with one leader referring to it as a “journey.”

In the end, there seem to be three keys to success in implementing S&OP across a business: gaining C-Level leadership, acquiring functional cooperation and collaboration, and delivering supporting policies, processes and tools.

All of the executives interviewed stressed that C-level involvement from the start is very important. The chief executive officers (CEOs) and general managers (GMs) of business units must take on leadership roles, ensuring that S&OP objectives are a priority for the company as a whole. The first company I spoke with had two business units in which one was able to succeed in implementing the S&OP framework and the other was not. The one that failed experienced three leadership changes over two years, making it difficult to gain momentum on the changes necessary to improve S&OP. They simply went back to their old ways of planning (i.e., expedient and in an ad hoc manner) each time a leader left. Unlike the successful business unit, they didn’t have the explicit permission to do what it takes to implement the new S&OP framework.

Another company’s planning executive said that senior management alignment was a key to success. They needed to have “skin in the game” in terms of their own goals and objectives to push for changed behavior.

Functional Cooperation and Collaboration Is a Must

Since forecasts and plans are generated by sales, demand planning, marketing and finance departments, with some using dollar volume and others using unit volumes, the challenge of S&OP is more about communication and behavior than process or technology. Further, some forecasts are top-down while others are bottom-up exercises, which inherently need to be rationalized together. All executives contacted agreed that looking at the forecasts and plans from every angle and sharing that across the functional groups was essential to success.

One program lead was self-critical of failing to drive the top-down mandate and calling out those functional leads not committed to the changed process. S&OP needs bold leadership and a willingness to call out the saboteurs.

Another leader said that where they did succeed in identifying gaps in the plan, they were able to close them either through demand generation efforts to move excess supply in the seasonal pack, which the functions rallied around, or conduct allocation of constrained supply to optimize company objectives (e.g., profit) or strengthen strategic customer relationships (by granting supply in a tight supply situation).

In the end, none of the companies I spoke with had just one forecast or plan. They all spoke of the need for both an operating plan and a financial plan, with some way to tie the two together so they weren’t in conflict. This way, all functions get what they need to run their departments, and the overall company plan is something they can all rally around and be more likely of hitting every quarter.

Cooperation and collaboration depend upon building a committed group that communicates on a cadence so that they can build rapport and trust.

Supporting Policies, Processes and Tools Must Be Available

Common policies, which include terminologies and language, are keys to success here. Basic terms can be interpreted differently by varying groups. For instance, what is the definition of a “gap”? What are the risks and how are they defined? Even the word “contingency” can cause a debate among functional peers. Policy and terminology clarity can go a long way in supporting better communication and foster agreement.

Policies also can apply to how people are allocated to the S&OP team’s effort. They may also address how staff is fully re-deployed, given the company’s strategy to plan more accurately and drive to hit the plan.

One of the executives I interviewed was a vice president in the sales function during a recent S&OP initiative who said that one key was to keep the new framework easy to use. Otherwise, the participants naturally go back to the easier way of coming up with a forecast and plan. When implementing a new S&OP framework, the last thing you want to do is keep sales from focusing on selling and spending too much effort performing administrative duties.

Understanding the system of record for data and collaborating around clean data is essential for reducing the number of forecasts and getting to a functioning S&OP process. It is not so much about the technology as it is about agreeing to where the number comes from and what it is. Too many times functional interests get bogged down in arguing that their spreadsheet’s numbers are better than another department’s figures.

Training support often is a requirement because the members of the S&OP team may not understand all of the processes that have a stake in the new framework. Educating all of the leaders on the initiative to make them capable of seeing all of the business, by understanding each process better, was a key enabler of success according to all three executives interviewed.

The three executives I interviewed shared the following “watch-outs” when you go into a new S&OP initiative:

Agentrics Officially Rebrands As NeoGrid Across All Operations