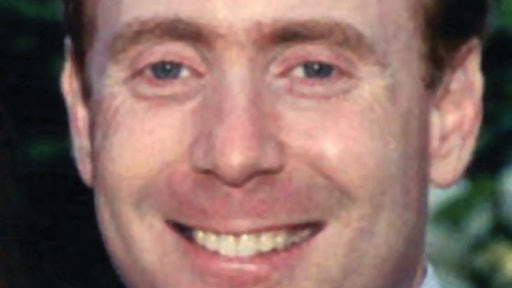 We’ve seen the headlines: American manufacturing jobs are appearing overseas; China’s stock is on the rise; U.S. factories are shutting their doors; China’s manufacturing surpasses that of the United States. Yet more recent reports show that manufacturing of goods across a global scale is also taking some hits. Machinery production in India fell to 16.5 percent in December from the year before. Manufacturing declines and jobs lost across the Eurozone and in such countries as Australia have also impacted industries.

So what’s next? President Barack Obama is making a strong push for a domestic manufacturing comeback as part of his re-election campaign. Yet others believe that the appeal for domestic manufacturing—especially for small to mid-size companies—is already strong. Low-cost technology, lean manufacturing and rising freight costs have enabled aggressive entrepreneurial companies to succeed against the mass-production Chinese machine, according to Elisha Tropper, President and Chief Executive Officer of Cambridge Security Seals, Pomona, N.Y. This month, Tropper shared his thoughts with Supply & Demand Chain Executive on job creation, domestic versus global manufacturing and the paradigm shift of it all.

SDCE: You mentioned that the appeal for domestic manufacturing is extremely strong, significantly so for the smaller and mid-sized companies. Can you expand on that?

ET: What’s been going on in the United States is a lot of small companies are not manufacturing anymore. They are simply outsourcing and distributing. In fact, that is really the way the Asian imports in a large way got started here—by finding smaller companies to distribute their products. There’s a fine line between distribution and manufacturing—there are a lot of companies that claim to be manufacturers that aren’t manufacturing anything themselves but instead contracting it all out. What a lot of small- to mid-sized companies realize is that they can manufacture goods here and the cost could be more; or they can buy it, ship it here for a lower cost and not spend the capital to build the equipment. The entire move to Chinese manufacturing was based around cost and not around convenience or quality or service. If you could get a good enough product and keep an inventory or have a reasonable enough turnaround time, then all that mattered was the price.

SDCE: What processes are small- to medium-sized companies utilizing to allow domestic manufacturing to be so successful in the U.S.?

ET: Digital technology, in particular, shortened the cycle and process dramatically. In the past, certain industries were never able to go overseas because they were quick-turn custom manufacturing types. Products had to be customized. There were no gigantic volumes. Customers needed quick turnaround time. Goods were run-to-order and there rarely was an inventory of finished goods.

The 1990s and the first decade of 2000 was very heavily impacted by lean manufacturing—people began shortening their processes and eliminating parts of processes that really didn’t add any value and instead focused on efficiencies: speed, time and value in the chain. And those results further shortened the cycle to lower the cost and improve the quality of the product and the quality of the service (e.g., standard customer service, flexibility and customization but also delivery times and being able to meet the exact needs of your customers). Technology wasn’t necessarily changing but instead becoming a lot less expensive, for example, automation and robotics. At the same time, the advances in these technologies make the previous generation’s technology that much less expensive as they move along. And as more technology gets purchased, the systems themselves get less expensive as the manufacturers of these systems have the ability to produce them at lower cost. Now, you have start-up manufacturers who can build a plant like we’re building that is basically automated. The big part is the design and engineering and not so much the creating or inventing.

SDCE: So the role of the supply-chain middleman has already been replaced. You mentioned that production jobs have been supplemented by marketing, design, engineering and other roles that require a different kind of skill. Will we just continue to see this transition develop?

ET: There’s a perception that the United States has lost manufacturing and it’s gone overseas. That’s just not true. The United States has never manufactured more product than it is manufacturing today. Ever. What we’ve lost—and which will never come back—are these assembly-line type jobs. This major part of the employment picture has disappeared—not to foreign workers but to technology. The reason why there is so much angst over it is because you have your 10 or 20 million people who have spent their lives and have been brought up and trained to do jobs that no longer exist. And they’re completely unqualified for the jobs that do exist. To work on a production floor nowadays, you need to be an engineer of some sort or have some kind of aptitude to be able to run machines which now aren’t crank-and-lever machines but those that are run by a keyboard; it’s run using calculations; it’s run very differently than what it used to be. It’s because of efficiency that those jobs disappeared. What happens next is that the new economy, these new efficiencies require a whole new set of skills. Farmers had to move into the city in earlier days and learn how to become industrial workers. Now, the current industrial worker has to learn these new skills.

SDCE: Is this the next chapter in manufacturing? That paradigm shift?

ET: Exactly. And the great part about getting into manufacturing now is that you have more tools and equipment and technology at your disposal at a cheaper price than it has ever been before. And the talent that you are looking for is engineering and design. It’s a whole different type of acumen that is required to build these companies.

SDCE: What other big changes do you foresee impacting domestic manufacturing over the next few years?

ET: One thing that is inevitable—unions will disappear. In the manufacturing sector, with the exception of the very large manufacturers, you’re just not going to see the ability of a company to stay in business if it has a union. You saw that in Indiana this week where they just passed the legislation. Indiana is very focused on manufacturing and you can’t be a small- or mid-sized manufacturer and have to deal with a union. The other thing is that there is a lot of administrative bureaucracy in this country which at some point it is going to hit a breaking point. And either it’s going to get dramatically simplified by the government or it’s going to become so complicated it will be virtually ignored. There is a disconnect between Washington D.C. and the rest of the country. They just don’t understand this dynamic that is happening in terms of manufacturing. If you outsource 1,000 jobs, you can bring those jobs back but it’s only 50 jobs. And certain products will always be made overseas cheaper—those which require hand work and that machines cannot improve on. That will always be the case. It’s an ongoing story and more and more companies will start paying attention to it—this assumption that making product is cheaper overseas. Sure, if the economy improves and interest rates start going up, it makes it that much more expensive to invest in equipment. But it will only move the line a little bit—it won’t change the line’s existence.