Slow mover positioning and selector strategies for the efficient warehouse 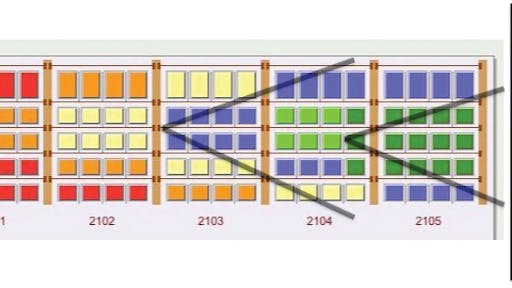 When slotting a warehouse, slow movers are not to be overlooked, as they typically constitute 70-80 percent of total items.

A slow moving item is often characterized as one with few hits, or visits to the pick location. In instances where slow moving items take up the majority of space in a warehouse, it is critical that the items be slotted in a manner that facilitates intelligent slow-mover picking. There are a number of techniques that can be employed to reduce selector travel and to increase pick density including layout configurations, selection strategies, and golden zoning considerations. Through an evaluation of slow mover activity, one can determine the best size for a slow moving area and the picking techniques best suited for that area.

A clever approach in a traditional serpentine environment separates the selection operation before the cross aisle from the selection operation behind it. In the front section, orders may be picked by order, perhaps within a wave. This operation handles the fastest movers. Behind the cross aisle, orders are batch picked, gaining significant pick density, and then married to their specific orders on the shipping dock. The trade-off, of course, is the saving of selection travel against the double handling of outbound items. Figure 2 illustrates this approach.

The idea that one level is better than another to pick from can be enhanced by applying golden zone rules to the items and slots at the same time (in a multi-level pick environment). Golden zone rules typically have the fastest of the fast items slotted at a height between the shoulders and the waist. The challenge in the described environment is determining the trade-off between ‘bend and reach’ ergonomics and productivity versus the opportunity to reduce horizontal travel down an aisle. The clever solution involves something called a ‘productivity wedge’, which is pictured in Figure 4.

The advantage of this hybrid approach is that the fastest movers (and larger items) would need fewer facings and/or stackings to maintain the targeted days in the pick slot; hence, the pick path has an opportunity to be shortened.

View
Four of this year’s Pros to Know winners from SAP sat down to talk all things supply chain, how the pandemic has affected the way companies do business, what advice they would give their younger selves and more.
SAP
Follow Us