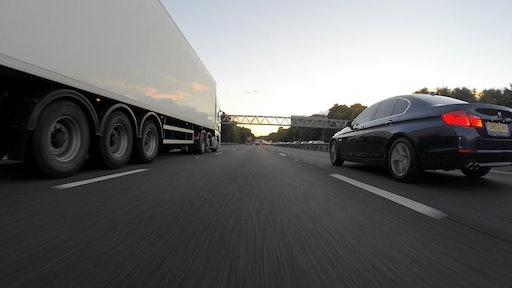 Axle Logistics decided to expand it engagement with Trucker Tools following a comprehensive market evaluation of digital freight-matching offerings, and the success of its initial deployment of Trucker Tools visibility solution, noted Shawn McLeod, the company’s vice president of logistics.

“Trucker Tools has been the key to operational improvements that are allowing our team to be measurably more productive and efficient,” said McLeod. “We don’t need as many people to operate the freight, find trucks or manually track loads. We can book more freight in less time and be far more responsive to our customers, and just as importantly, to our carriers. We’re getting them booked with the right load faster, keeping them moving and earning money.”

With Smart Capacity, Axle Logistics gains real-time capacity visibility into available carriers, and streamlined workflow for automating the process of matching the optimal truck to a load. The software constantly updates where and when trucks are available, analyzes capacity needs and recommends matches. It considers a variety of real-time factors and historical data to support decision-making, including the carrier’s profile, equipment type, proximity to available loads, turn times, and lane and load preferences. Smart Capacity® also looks into the future and considers where the carrier is going next, applying business intelligence and powerful algorithms to identify and rank future available reloads.

“We no longer have to put business out on load boards,” said McLeod, who noted the 3PL manages over 10,000 loads a month on behalf of its customers. “And we benefit from driver familiarity with the Trucker Tools mobile app, how it presents and ranks loads to them, simplifies booking and documentation, and removes driver irritation from brokers calling to check on loads.”

The Trucker Tools mobile app has been downloaded by nearly 950,000 independent truckers and is utilized by some 140,000 small fleet operators. It’s a highly fragmented market where some 90 percent of truckload market carriers are independent owner-operators and “micro” fleets of 10 trucks or less.

Previously, Axle Logistics had been using other shipment visibility solutions, which McLeod noted would take 10 minutes or more to set up a driver for tracking, required constant broker intervention, and sometimes would not update shipment status for an hour or more.  “Trucker Tools was much simpler,” he noted. “Most independent truckload operators already have the app, so engaging the automated tracking, which uses the smartphone’s GPS and geo-fencing capabilities, was as easy as hitting a button.”

He added, “The app gives us a reliable location ping every 15 minutes, so we know with great precision where that load is, and if it’s on schedule. We have saved hundreds of hours of time a month by simply eliminating check calls.” McLeod noted as well that in the eight months they’ve been utilizing Trucker Tools load-tracking, he’s seen not only the consistency and latency of tracking data improve, but user compliance among carriers increase as well, going from below 30 percent before deployment, to over 80 percent today.

Trucker Tools provides real-time shipment visibility, trip planning, freight-matching, digital document management and automated booking tools for freight brokers, independent owner-operators and small-fleet truckload carriers. Its flagship mobile app for truckload drivers is the industry’s most popular smartphone-based digital management resource, with 17 of the most sought-after features and functions drivers want for managing their business while on the road.