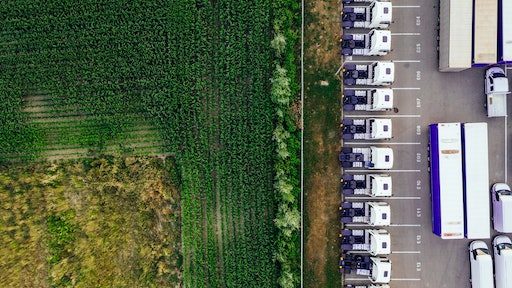 Founded in 2000 with only five trucks, Titan Transfer is now a 500-vehicle full-service truckload company headquartered in Shelbyville, Tenn. One of the nation's top providers of professional cargo transportation services throughout nearly the entire United States, Titan Transfer recognizes that safety can only be achieved if each individual is safe. The company's decision to adopt the SmartDrive program was rooted in its cooperative approach to health and safety.

"Although we've always been a safe company, we took notice of the exonerations and the fuel savings that colleagues at our sister company, Goggin Warehousing, were experiencing. As soon as we implemented SmartDrive, we began to experience fewer violations, leading to lower CSA scores," commented Wildish. "We quickly realized that this improvement was due to our ability to change driver habits through coaching. The coaching process was the anchor to the concept of making drivers better. The result was fewer collisions and a decrease in the severity of claims when collisions did happen."

One of the reasons the SmartDrive program has been successful at Titan Transfer is its flexibility. Unlike many programs that are locked into specific parameters, Titan Transfer was able to customize the SmartDrive program. By "resourcing to the risk," Titan Transfer zeroed in on those areas where it was experiencing the biggest risk, such as speeding, cell phone use and seatbelts. Wildish explained, "By identifying and focusing on these issues, we were able to coach to improve our CSA Scores." In addition, because of the flexibility of SmartDrive's separated cameras, Titan Transfer was able to move the in-cab camera into a position that made its drivers feel more comfortable.

Partnering to meet its customers' needs is at the forefront of the SmartDrive Program. "When we launched the program, SmartDrive went out of its way to ensure a successful launch – from coming on site and training drivers to creating materials specifically for them. Six years later, we continue to experience that same level of customer service," explained Wildish.

As a result of having the SmartDrive program, Titan Transfer receives a discount on its insurance premium from its carrier. Wildish explains, "Underwriters like to know that we have cameras. They put more emphasis on cab-facing cameras, rather than just outward-facing cameras. We appreciate them too, as it's only through cab-facing cameras that we can coach our drivers to be the best they can be."

"An early adopter of video-based safety, Titan Transfer really is one of the industry pioneers that recognized the value of this technology as part of a comprehensive approach to safety," stated Steve Mitgang, CEO of SmartDrive. "That the fleet continues to reap the rewards of its investment – a reduction in collision frequency and severity, better CSA scores and insurance premium savings – six years in, speaks to the value of data-driven insights, a fully managed service and flexibility offered only by SmartDrive."