Crew members of a ship transporting numerous luxury vehicles were forced to evacuate due to a severe fire. But the 650-foot-long ship remains burning in the middle of the Atlantic Ocean. 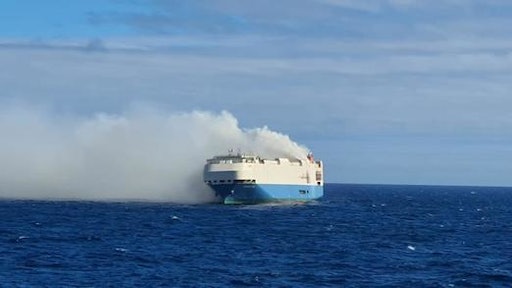 Currently, a cargo ship named Felicity Ace, operated by Japan's Mitsui O.S.K. Lines, is unmanned and burning in the middle of the Atlantic cargo from the Volkswagen Group. Twenty-two crew members were rescued by the Portuguese Navy and were forced to leave the vessel empty, adrift in the ocean. The ship has numerous automobiles from the group including Porsches, Audis and Lamborghinis, said to be numbered in the thousands. It was originally on its way to Rhode Island from Germany. The auto industry is already ravaged from the semi-conductor shortage and other disruptions from COVID-19, and this will be another issue to deal with. Additionally,  potential pollution from the fire could also be a problem to the area.