When cost and service needs are met, shippers will rely on autonomous vehicles for their customers. 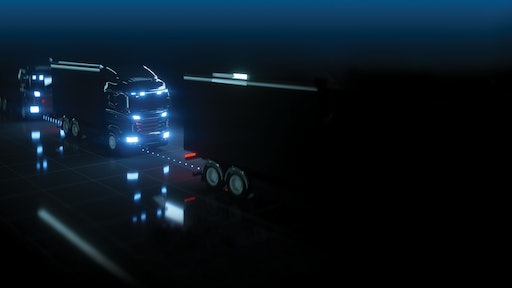 Autonomous trucks (ATs) are barreling down on the transportation industry, and you’ve probably heard about all of the benefits they’ll bring: better safety on the roads, more efficiency for transportation companies and the solution to chronic driver shortages.

In the industry’s discussion of ATs, the focus stays mostly on the carrier side. But what about shippers? How much will autonomous trucks change their day-to-day operations?

Though shippers have been overlooked in the excitement around autonomous trucks, some are already researching how they could benefit from being an early adopter. Even if you don’t own a fleet and instead hire a logistics company to move freight for you, it’s important to understand some of the changes on the horizon and whether they will or won’t impact your transportation decisions.

There are currently no federal U.S. regulations for autonomous trucks weighing over 10,000 pounds—though some states have laws on the books. That is expected to change as ATs are proven to be safer and more reliable. In practice, we might see AT-only lanes, roads or entire highways. Perhaps there will be regulations surrounding the length of hauls, which will require ATs be used. Once ATs are accepted as a safe alternative, laws and regulations will rapidly evolve.

In North America, we have many modes of transportation—air, parcel, truck, rail, intermodal—and they all have unique differentiators, costs and requirements for execution. If we simply think of autonomous trucks as another mode, it can help us predict how shippers will use ATs to execute.

ATs will initially be similar to an intermodal move. For example, in intermodal we have truck-rail-truck. In this scenario, a truck moves freight to a rail yard, and then rail is used for the long-haul segment of the route. Finally, another truck takes up the last leg of the journey and moves the freight to its final destination, such as a city or warehouse.

When autonomous trucks become part of the equation, we may see truck-AT-truck, where the trucking portion is done with a live driver and the freight is delivered to a place where an AT (or perhaps one with a live driver as assistance) will drive the freight long-distance via an expressway or interstate, and then the final leg of the journey (perhaps into an urban area where driving conditions are more complicated) will be completed by a live driver. This truck-AT-truck scenario is similar to the intermodal example, except that the live driver is needed in the initial leg to pick up the freight and in the final, local delivery of the freight.

The Impact on Route Execution and TMS

Rail currently has the cost advantage for long haul in terms of cost per ton/mile and is mostly autonomous already. However, it is arguable that trucks give better customer service and that, from a shipper’s perspective, ATs will work very similar to how you route intermodal today. If your transportation management system (TMS) can handle a three-legged move with intermodal and pay three different parties already, then ATs will not introduce much more complexity and can be treated similarly by your software.

Yet another option is to use an autonomous truck for the entire route, but place a human driver in the cab for pickup and delivery. In this scenario, the autonomous truck will help augment the driver and won’t require any change in route execution from the shipper.

Either way, the shipper’s TMS will still have to adjust transit/drive-time calculations when routing. For example, the TMS will need the ability to vary driver hours of operation and calculate transit times based on whether the driver is human or an AT. Individual drivers are governed by things like the ELD mandate and human functions like the need to sleep, but ATs have no such restrictions. Therefore, transit times may vary significantly based on the type of driver, and your TMS software will have to make those calculations and predictions accordingly.

Further Into the Future

It can be expected that ATs will handle in-city pickup and delivery, and from a shipper’s perspective, there won’t be any difference compared with how a live driver operates today. Think about it: Does a shipper really care if it’s an AT or a live driver? No, because shippers select the mode and carrier depending on service and cost, and the execution will still be through the carrier’s general system.

Shippers will also tender the same for an AT as they do for a live driver. Your TMS won’t care if it’s a human behind the wheel or an AT, either.

How soon could we see these changes for shippers begin? Some vendors are noting dates as soon as 2020 for ATs to run regular routes with a human safety driver.

Several shippers have already signed contracts to have freight delivered during test runs of ATs, though many technical and regulatory challenges remain. For instance, the technology of ATs is not where we need it to be yet; we can’t send an AT across the country without a safety driver. ATs also can’t handle city driving completely autonomously because of the multitude of complications and changing factors that happen in a city, from pedestrians to detours to more complicated routes. Furthermore, the technology of ATs is simply too expensive for widespread adoption. As noted earlier, there aren’t any federal regulations governing ATs, which we will ultimately need if the vehicles are to be sent cross-country. The process to determine the details of those regulations is unlikely to be a quick process.

Before the widespread adoption of ATs, the cost must become less than a live driver and as safe and reliable as one. In the meantime, driver-assisted technology will continue to gain traction in vehicles we have on the road now, such as automatic braking, alerts if the driver falls asleep or lane departure technology. Some companies are even testing tele-drivers, where an operator sitting in a call center-like setting dials in and drives the vehicle to its destination if an AT needs a live driver because of an unexpected complication or even just to handle a local delivery. The driver doesn’t even need to be in the truck.

In the end, shippers will choose their mode based on cost and service. You, as a supply chain executive, simply want your freight to arrive safely, on time and at a reasonable cost. When ATs can completely meet shippers’ needs and your expectations, they will become the mode of preference. And as long as the TMS software industry keeps pace and remains flexible, the technology will be able to leverage ATs the same way it relies on other modes today.

An Overview of Weighing Technologies in the Transportation Industry