The Transportation Security Administration is reviewing its screening procedures for cargo flown into and within the United States because of concerns that potential security vulnerabilities could be exploited by terrorists. 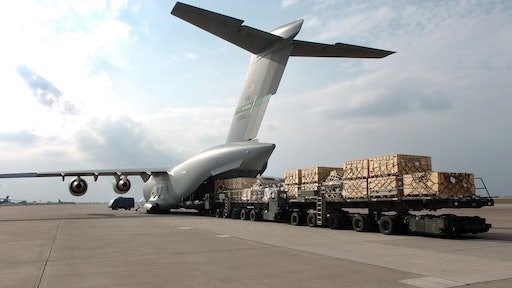 The Transportation Security Administration is reviewing its screening procedures for cargo flown into and within the United States because of concerns that potential security vulnerabilities could be exploited by terrorists, a U.S. official told CNN.

The review, which is examining screening for cargo carried by freight airlines and passenger planes, stems in part from a terror plot that was foiled in Australia last month, according to the official.

Investigations revealed that a senior ISIS commander shipped partially assembled components of a bomb on a commercial cargo plane from Turkey to Australia, according to Australian law enforcement.

In Flight Update: The State of Air Cargo in 2022

The air cargo market continues to be buffeted by volatility, with geopolitics, economics, the pandemic, and other factors clouding the outlook for the rest of 2022. The name of the game for shippers: how nimble can you be?
Omni Logistics
April 12, 2022

GoGreen Plus is part of DHL‘s mid-term sustainability roadmap for 2030 and contributes to the sub-target of having at least 30% of fuel requirements covered by sustainable fuels.
DHL Global Forwarding
March 1, 2022

How to Prepare for Global Logistics in 2022

Shippers have had to become increasingly nimble and informed over the past year, and going into 2022, it’s critical to remain agile, open to alternative solutions and stay informed on the latest market insights.
C.H. Robinson Worldwide, Inc.
January 19, 2022

In addition to the auto parts, furniture and home goods and sporting goods sectors, the increases will also greatly impact organizations that ship directly to consumers.
Reveel
December 8, 2021