East-West Shippers See a Sharp Decline in their Contract Rates

The fall is being driven by lower fuel costs, excess vessel capacity and competition between shipping lines 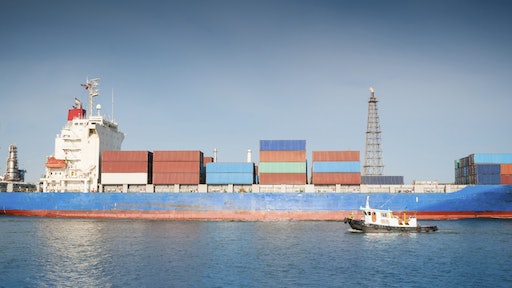 London, UK—Sept. 30, 2015—Ocean freight rates for cargo moving under contracts on the major East-West routes are seeing a sharp reduction since the beginning of the year, according to Drewry’s Benchmarking Club, a closed user group of multinational retailers and manufacturers who closely monitor their contract freight rates.

The Drewry Benchmarking Club contract rate index, based on Trans-Pacific and Asia-Europe contract freight rate data provided confidentially by shippers, declined by 7 percent between May and August this year, the steepest fall since the club was established in March 2014.

The fall in contract rates is being driven by a combination of lower fuel costs, excess vessel capacity and intensive competition between shipping lines. Bunker costs fell notably since the fourth quarter of 2014 and this contributed to a reduction in contract rates negotiated since the first quarter of this year, which accelerated in recent months. This trend is also being reflected in the spot market.

Prior to this, there was some strengthening in Asia-Europe contract rates agreed to at the end of 2014 when market conditions were stronger. However, as the spot market weakened and bunker surcharges fell, contract rate levels since deteriorated. Some of the fall in contract rates was the result of carriers granting shippers temporary reductions in contract rates to secure cargo. As a result, the Drewry Benchmarking Club contract rate index declined 5 percent in the 12 months prior to August 2015.

“We expect contract rates to fall further through the remainder of this year, given falling fuel costs and continued overcapacity in the market,” said Philip Damas, director of Drewry Supply Chain Advisors. “Given the volatility of rates in both the spot and the contract market, shippers are increasingly using Drewry to help them forecast and budget their 2016 freight costs,” added Damas.